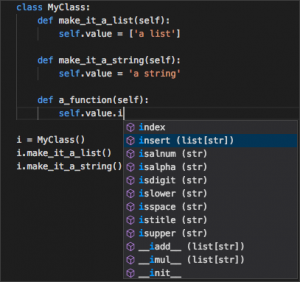 Previously, Visual Studio had IntelliSense for Python, but that is a feature specific to Visual Studio. Microsoft IntelliSense is a code analysis and suggestion tool that offer auto-completions for variables, functions, and other symbols in code.

“Having a standalone, cross-platform language server means that we can continue to innovate and improve on our IntelliSense experience for Python developers in both Visual Studio and Visual Studio Code at the same time,” Steve Dower, developer at Microsoft, wrote in a post.

The version included in the July release of Visual Studio Code’s Python extension is an early version of the server, including features such as: