Microsoft takes Azure to the next level 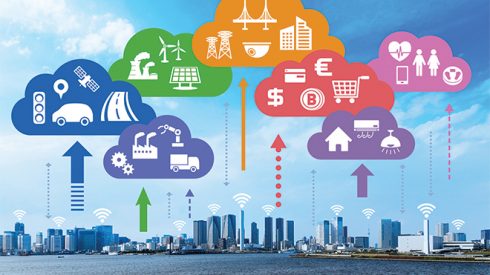 Microsoft first developed its cloud computing service Azure with a mission to let developers and organizations do more in the cloud. Over the last year, the company has brought the service beyond just the cloud to DevOps, blockchain technologies, and the open-source community.

In March, Microsoft decided to release its Azure Service Fabric to the open-source community. The distributed systems platform was designed to package, deploy, and manage microservices and containers. The move to open source was to enable others to participate in the development and direction of the platform.

Microsoft also announced big plans for Azure and the Internet of Things with a $5 billion investment in IoT revealed in April. As part of the investment announcement, the company made a number of new profolio updates such as providing a basic tier or “device to cloud telemetry” tier to its Azure IoT Hub solution.

In September, the company held its annual Ignite conference around three primary themes: IT security, AI and data, and IoT and edge computing. At the conference, the company announced Azure confidential computing to protect data in the cloud, new capabilities for Azure Cognitive Services, Azure Digital Twins, and general availability of Azure IoT Central.

Azure came to blockchain technology in November with the release of the Azure Blockchain Development Kit, focused on connecting, integrating and deploying smart contracts and blockchain networks. Some key features of the kit include key management, off-chain identity and data, monitoring, and messaging APIs.

Microsoft ended its 2018 Azure journey with the release of Azure DevOps, a set of DevOps tools for collaboration and delivering high-quality software faster. Azure DevOps was first announced at the end of 2017, and it took Microsoft almost a year to bring the product full circle. It was introduced in September of 2018 with Azure Pipelines, Azure Boards, Azure Artifacts, Azure Repos and Azure Test Plans. The company explained Azure DevOps was an evolution in its Visual Studio Team Services. As part of the release, VSTS users were upgraded to Azure DevOps. Throughout the next year, the company will be working on updating its DevOps tools for better planning, collaboration and faster shipping.

Outside of Azure, Microsoft surprised the industry with its June announcement that it was acquiring the software development platform GitHub for $7.5 billion. “Microsoft is a developer-first company, and by joining forces with GitHub we strengthen our commitment to developer freedom, openness and innovation,” said Satya Nadella, CEO of Microsoft. “We recognize the community responsibility we take on with this agreement and will do our best work to empower every developer to build, innovate and solve the world’s most pressing challenges.”

Also announced at the Connect (); 2018 conference was the general availability of Azure Machine Learning, .NET Core 3 Preview, Cloud Native Application Bundles for distributed apps, Azure Kubernetes Service virtual node public preview for serverless Kubernetes, and Python support for Azure Functions. Additionally, the company opened its .NET Foundation to the open-source community by inviting them to take a more active role and help guide the foundation as well as build the ecosystem.

“Now, more than ever, we’re moving towards a world of ubiquitous computing where technology is responsible for transforming every consumer and business experience,” Scott Guthrie, executive vice president for the cloud and enterprise group at Microsoft, wrote in a blog post. “For developers, the opportunity to use technologies like AI, IoT, serverless compute, containers and more has never been greater.”

Why cloud is critical in the post-COVID period