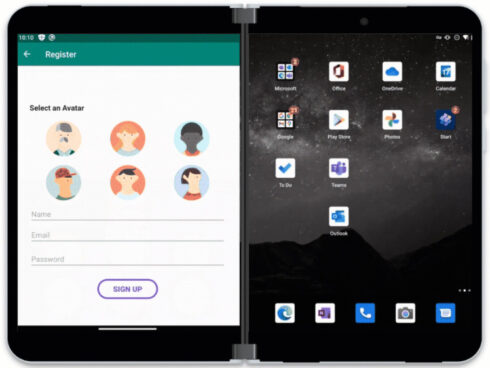 With this, the display will be split into two sections (physical or not) and shows two fragments, one for each display area, at once. See the FoldableLayout documentation for more information. There is also a sample available for users to test out the new navigation scenarios.

Microsoft invites user feedback that can be submitted here or through a message on Twitter at @surfaceduodev.

A few highlights of this release include:

This release is already available for all interested users and is compatible with previous versions.

Voltron Data, a contributor to Apache Arrow and a company accelerating standards in data analytics, recently launched with an oversubscribed $88 million Series A funding round. This funding comes shortly after a seed round that grossed $22 million.

This Series A round was led by Walden Catalyst with participation from funds and accounts managed by BlockRock, Anthos Capital, Battery, Coatue, Lightspeed Venture Partners, Nepenthe Capital, Redline, and The Factory.

“Voltron Data is focused on making the data science ecosystem more efficient with modular and composable analytics building blocks. Modularity and composability help us build bridges—not walls—across the analytic ecosystem. We couldn’t be more excited to be on this journey with an amazing team, leading investors and proven advisors,” said Josh Patterson, co-founder and CEO of Voltron Data.