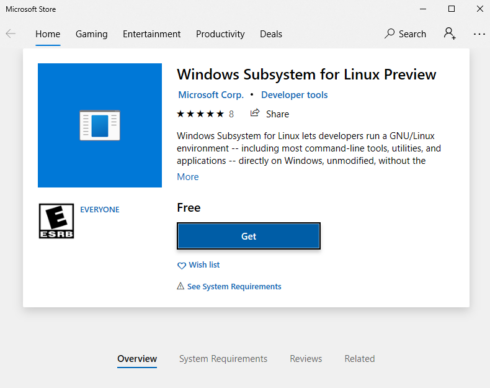 Microsoft announced the availability of the Windows Subsystem for Linux (WSL) preview in the Microsoft Store as an application for Windows 11 machines. Installation through the store will allow the user to get the latest WSL updates and features quickly and without modifying their current Windows version.

In addition to the way WSL is installed, Microsoft also added a few updates as a part of this preview, including WSLg being bundled as a part of the WSL app; new wsl.exe –mount features; Linux kernel updated to 5.10.60.1; the addition of a progress indicator helper function to show a “please wait” message to show users that WSL is still running; and more.

As a part of Unqork 2021.10, Unqork Private Cloud was launched with the support of Amazon Web Services (AWS), PrivateLink, and Microsoft Azure PrivateLink. The private cloud provides a direct and secure connection between Unqork and a user’s cloud.

Tableau and Google Cloud today announced their partnership in pursuit of modernizing their users’ data and analytics infrastructure and unlocking the full value of data. The combination of these will allow users to explore complex data problems in real time.

With this collaboration, Tableau and Google Cloud are working to make data more accessible and more valuable with integrations between Tableau’s analytics and Google applications. Combined, Tableau and Google Cloud support user’s digital transformations by leveraging the flexibility of the cloud to unlock as much value as possible from data, regardless of where the user is in their cloud migration.

Solo.io today announced the addition of GraphQL support into Gloo Mesh and Gloo Edge. This will enable developers to more efficiently query microservices while  also benefiting from the connectivity and security provided by an Istio service mesh.

“Even though GraphQL allows you to describe schemas and provides the query language to retrieve data from those schemas, service developers still need to write code to manage access control, security, rate-limiting, and other API concerns,” said Yuval Kohavi, chief architect at Solo.io. “With our GraphQL extensions for Envoy and Istio, developers can auto-generate schema and use the declarative configuration capabilities of Gloo Mesh to define connectivity, security, and even observability capabilities.”