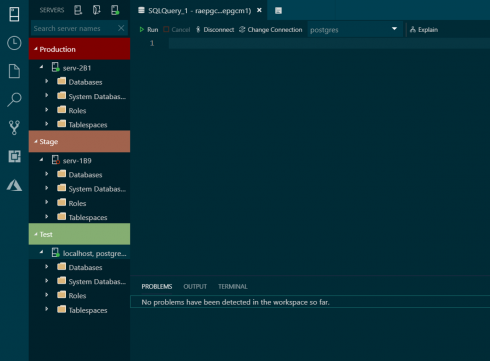 Microsoft is making it possible for data scientists to interact with PostgreSQL in a visual way with the release of Azure Data Studio, which is a graphical user interface (GUI) editor for PostgreSQL.

According to Microsoft, Azure Data Studio inherited a lot of its functionality from VS Code. As such, it supports most of VS Code’s extensions, such as Python, R, and Kubernetes.

The open-source solution enables developers to connect to Postgres, organize servers, track down database objects, and write efficient queries. It is also customizable, which means that developers can alter it to suit their needs and preferences. These customizations also extend to key bindings.

“Even if you typically use command line, you may want to go visual sometimes. At Microsoft we’ve spent many years building experiences to enhance developers’ day-to-day productivity. Having choices is important. It allows you to go with the tool that works for you,” Rachel Agyemang, program manager for Microsoft Azure wrote in a post.

Azure Data Studio is currently in preview, along with a PostgreSQL extension in VS Code, which was announced at the same time.