The NSA is becoming Skynet 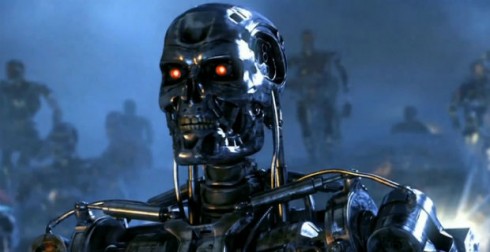 It wasn’t long ago that some very smart people on the Internet saw that countries like China, Burma, and eventually even the United Kingdom were trying to control what their citizens did on the Internet. To combat this authoritarianism online, the Tor project was created.

Tor is, essentially, a network of proxies around the world that take away your identity. When you sign onto Tor, you’re going through an access node located somewhere in the world, likely run by people who are spending their personal funds on hosting something that they feel is helping people who are living in tyrannical states. Tor also allows servers to be hosted anonymously, giving dissidents a place to store files and communicate.

(Related: Another safe project from the NSA)

They have, however, received visits from the FBI.

Tor is the backbone of the anonymous Internet, and clearly the NSA hates it with a passion. Or, at least, it did until it began to realize that Tor nodes were great places to meet terrible people’s IP addresses. Now, Tor itself has never been compromised: It remains secure and anonymous. But to get to Tor, you have to use a Tor node, and to get to a Tor node, you must send info from your IP address to the node’s address. And even before that, you’ve got to download the list of Tor exit and entry nodes from the central authority.

And this is where the NSA has decided it can have the most fun: by monitoring and even running its own Tor nodes. A German news outlet working with some friends of mine has released a scathing report on just how the NSA monitors Tor traffic. Specifically, the NSA is tagging IP addresses that come to Tor nodes and watches them.

They’re especially watching anyone who knows about XKeyscore, a tool built at the NSA to do deep packet analysis of monitored traffic. If you’re interested in XKeyscore, you get tagged and followed by the NSA. Don’t go Googling that term!

Tech companies worry FBI may get access to private data