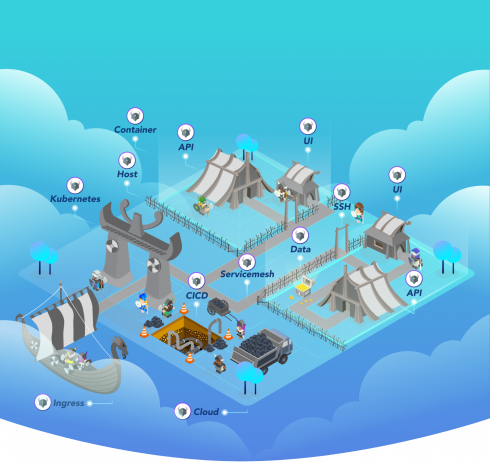 There are over 42 million public repositories on GitHub, but only a handful of projects reach the point of widespread use and adoption. One such project is Open Policy Agent (OPA), which is used to write policy as code.

OPA graduated from the CNCF earlier this year, and is one of 16 projects to reach that status. On a recent episode of the SD Times “What the Dev” podcast, Torin Sandall, VP of open source at Styra, the company that originally created OPA, discussed the process of donating the project to the CNCF and leading it through to graduation.

According to Sandall, the project was created in 2016 and, like many open-source projects, took a while to gain traction and visibility. During that first year there was a heavy focus on R&D and building integrations with other projects.

“And so over that first year and a half or so, people kind of started coming along organically and they started to kick the tires because they saw that this project was solving kind of like real problems that existed out there in the cloud native space as it was starting to be called, so it started gaining a little bit of momentum,” said Sandall.

Styra started the process of donating the project to the CNCF after talking with lots of users and deciding it wanted a home for the project that wasn’t tied to the project.

The CNCF has a three-tiered program for its projects. When OPA joined, it joined as an Inception project, a tier that is now called Sandbox. Then projects move to incubating and finally graduated.

“The idea for the sandbox or the inception as they originally called it, was to basically act as almost like a seed fund for open-source projects,” said Sandall. “So the idea was to have a place, have like an incubator for these projects that looked promising but that maybe didn’t have a ton of adoption yet. So they had sound technology, they had active maintainers, but they hadn’t put all the time and effort into raising awareness for the project, which any open-source project that really wants to gain traction needs to do.”

In addition to providing a vendor-neutral home, the CNCF offers benefits like increased marketing and awareness, as well as support regarding intellectual property and governance. “A lot of the time marketing and IP and governance aren’t things that developers think about on a regular basis so it’s really useful to have an organization that you can rely on for support, for advice, when the time comes,” Sandall said. “It might not be something you need on day 1, but if the project grows, if you have a broad diverse set of contributors participating in the project, then it becomes very useful.

Having gone through this process over the past few years, Sandall had this advice to open source maintainers looking to follow the same journey: “You don’t necessarily have to rush things. Things take time, people need to ramp up and understand what your project is doing and they need to understand where you’re coming from and what you need to solve and sometimes that process takes a little bit longer that you might hope for or expect but in the end things generally progress and workout and so just be patient and work through the processes and things will kind of unfold as you want.”

Listen to the full episode of the podcast here or search for it wherever you get your podcasts.