The Rend-o-matic project is a musical collaboration project that features a web-based interface that allows disconnected artists to record their individual segments via a laptop or phone.

This is done by using acoustic analysis and AI to find patterns across multiple musical segments. These tracks are then automatically synced and played out as a single track. 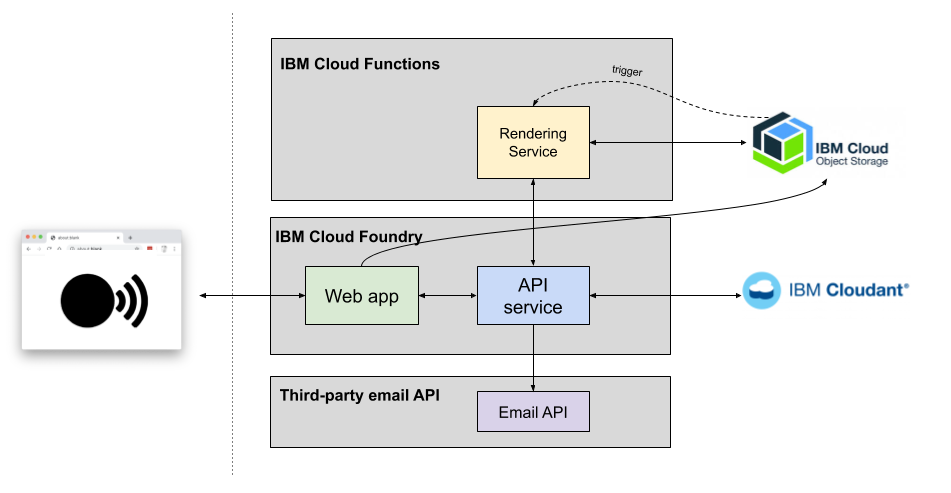 The Linux Foundation announced that it will be adding Rend-o-matic onto the list of Call for Code open-source projects that it hosts. It was originally developed as part of the Choirless project during a Call for Code challenge to help musicians play together online during the pandemic.

“The artificial intelligence powering Choirless ensures that the consolidated recording stays accurately synchronized even through long compositions, and this is just one of the pieces of software being released under the new Rend-o-matic project,” the developers behind the project wrote in a blog post.

Using online conference platforms has proven to be difficult for musicians looking to collaborate as latency and audio issues commonly popped up.

Now with the new software, not only do musicians not have to worry about latency but they also have access to a much wider net of musicians around the world who are also looking to collaborate online, according to the team.

The technology uses IBM Cloud in a serverless environment that can then scale up or down to meet demand without updates. It’s also built on open source technology, using Apache OpenWhisk, Apache CouchDB, Cloud Foundry, Docker, Python, Node.js, and FFmpeg.