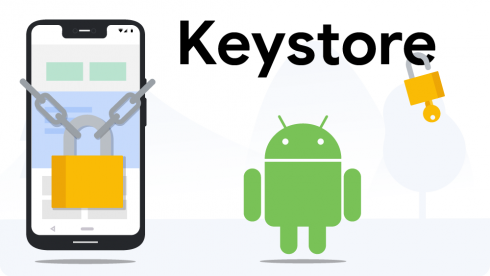 “Keystore moves the cryptographic primitives available in software libraries out of the Android OS and into secure hardware. Keys are protected and used only within the secure hardware to protect application secrets from various forms of attacks. Keystore gives applications the ability to specify restrictions on how and when the keys can be used,” the Android team wrote in a post.

New updates being made include keyguard-bound keys for sensitive information sent to a locked screen, and secure key import for provisioning existing keys in a secure manner.

Flexera and MachineShop team up on IoT and edge devices
Flexera and MachineShop have announced a new technology alliance for IoT and edge management and monetization. As part of the alliance, Flexera’s Software Monetization technology will come to the edge through the FlexNet Edge solution recently announced. Flexera will also leverage MachineShop’s knowledge and expertise for smart edge computing. According to the company, MachineShop offers a Device Relationship Management solution for dealing with the life cycle of connected, smart products.

“Flexera’s committed to delivering complete solutions for IoT monetization and management to its customers with technology that extends from computing at the edge of the enterprise to the cloud,” said Matthew Dunkley, senior director of product management at Flexera. “We’re happy to be working with an innovator such as MachineShop to improve our approach to edge device management and deliver Software Monetization technology to some of the world’s most important OEMs.”

“Building a compelling and user-friendly website requires a deeper understanding of user behavior, their pain points and what users are looking for. Traditionally, web developers utilize user research and A/B experimentation to update web experiences. While these have proven to be great techniques – each has its own limitations,” Microsoft wrote in a post. “Sample users in research studies may not fully represent your target audience. A/B experimentation tell how your metrics are affected by a change but not why. Clarity fills in these gaps by letting you replay your users’ session to see how your users really use your site. With session replay, you can see where people get stuck, or where they are highly engaged.”