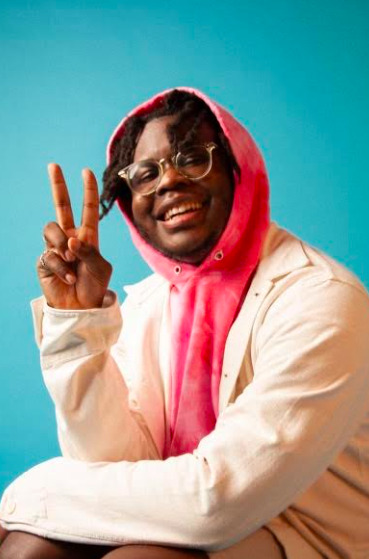 In the summer of 2018, Darius Faison was an incoming sophomore Computer Science major at Morehouse College. Unfortunately, due to a lack of experience with the technical interviewing process, Faison found himself stuck without an internship.

In order to ensure this would be the last time that he faced this problem, Faison dedicated his time that summer and fall to preparing for future technical interviews and improving his coding skills in order to build confidence and expand his resume.

However, Faison did not do this on his own. In the Fall of 2018, a professor introduced him to Karat, a cloud-native interview company that focuses on preparing candidates for technical interviews.

“I signed up to do some of their mock technical interviews over video chat and it was super helpful and really let me know what I need to work on,” Faison said. “But it also instilled me with the confidence to say ‘okay, I can do this, I can get these internships and I can ace these interviews.’ ”

Since completing the program, Faison has been able to land software engineering internships at Google, McKinsey & Company, and at Microsoft, where he now works as a full-time software engineer.

The company is working to change this through the Brilliant Black Minds movement, which has already helped roughly 2,500 Black software engineers in the U.S. over the last year and a half. As Karat is just now starting to track hiring metrics, the company could not provide numbers as to how many participants who have gone through the program found internships or landed jobs.

“Even if we eliminate all the bias out of the interview, there are still systemic obstacles that a lot of populations are facing,” said Jeffrey Spector, co-founder and president of Karat. “If you look at the challenges that the Black community is facing… It all translates into less familiarity with the interviewing process.”

Faison explained that, in his experience, the only way to get better at technical interviews is through rigorous practice with this specific interview type, and that is exactly what Brilliant Black Minds offers to aspiring Black engineers.

He said, “Even if you know how to solve the question that is asked, it’s about being able to really communicate your thoughts and recognize your own mistakes and then communicate the thought process behind those mistakes and how to rectify them… Brilliant Black Minds helps you to polish that and gives you that edge on the competition.”

According to Karat’s research, Black software engineers lack access to several of the resources and connections that aid in an engineer’s success. Spector explained that these include a lack of access to computer science classes as well as the absence of a connection with engineers already in the industry.

He explained that this has historically created a barrier that works against Black engineers trying to break into the industry.

Faison emphasized this, saying, “I don’t think that Black engineers necessarily get the same opportunities and also a lot of the time we’re even given harder questions…There has been anecdotal evidence that some interviewers purposely give harder questions to Black interviewees… Brilliant Black Minds is invaluable to prepare you for this.”

According to Spector, the motive behind the Brilliant Black Minds movement is to undo the pervasive systemic issues that act as a roadblock for Black engineers.

Additionally, participants gain access to market intelligence and purpose-built interviewing infrastructure. This gives Black software engineers the ability to participate in as many practice interviews as they wish in order to help kickstart their career.

“They get feedback in the interview and afterwards, we have a series of workshops they can attend that range from technical workshops but also look at what the hiring process is like,” Spector explained.

On top of these resources, he said that Brilliant Black Minds also includes a Discord server for participants where they can connect with the community, benefit from their shared knowledge, and provide continued support to each other as they advance in the industry.

“He has been super invaluable with the advice that he gives and we also do office hours in the Discord where we work through different problems and hear other people’s suggestions so it’s a very active, caring, and nurturing community,” said Faison.

Spector went on to say that technology has become prevalent in the lives of every person, making inclusivity even more essential.

He expanded on this, saying that when a product is created from a limited perspective, more often than not, it misses the mark with the larger audience, limiting an organization’s customer base. This further emphasizes the need for diversity in the tech industry.

Spector also spoke about the growth that Brilliant Black Minds has seen in recent months. Back in April, tennis great Serena Williams made a strategic investment in the program in order to support its growth.

“We initially started the program purely for practice, but what we found out was that a lot of the participants were doing really well,” Spector said. “So, we started the Partners of Brilliance and now we have these five major companies who are now committed to supporting and hiring the engineers as they come out of this program.”

According to Spector, with the launch of the Partners of Brilliance, several job offers have already been extended to participants of the program.

He went on to say that his hope for the program is to catalyze other companies to join the Brilliant Black Minds and actively seek to hire more Black engineers coming out of the program.

Spector also explained that Karat has partnered with other organizations working towards this same goal in order to be sure that the reach of Brilliant Black Minds is as comprehensive as possible.

“One thing that we’re seeing also is that the program is working,” Spector said. “We found that participants that completed three practice interviews were six times more likely to get a job or internship and they felt twice as confident in their ability to interview coming out of it… so hopefully this is the first wave of a number of other companies [joining the movement].”