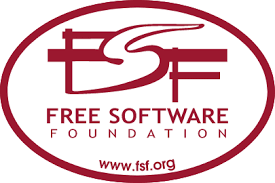 The voting members of the Free Software Foundation (FSF), which include the board of directors, voted to appoint Richard Stallman to a board seat after several months of thorough discussion and thoughtful deliberation.

We decided to bring RMS back because we missed his wisdom. His historical, legal and technical acumen on free software is unrivaled. He has a deep sensitivity to the ways that technologies can contribute to both the enhancement and the diminution of basic human rights. His global network of connections is invaluable. He remains the most articulate philosopher and an unquestionably dedicated advocate of freedom in computing.

RMS acknowledges that he has made mistakes. He has sincere regrets, especially at how anger toward him personally has negatively impacted the reputation and mission of FSF. While his personal style remains troubling for some, a majority of the board feel his behavior has moderated and believe that his thinking strengthens the work of the FSF in pursuit of its mission.

We take full responsibility for how badly we handled the news of his election to a board seat. We had planned a flow of information that was not executed in a timely manner or delivered in the proper sequence.

FSF staff should have been informed and consulted first. The announcement by RMS at LibrePlanet was a complete surprise to staff, all those who worked so hard to organize a great event, to LibrePlanet speakers and to the exhibitors. We had hoped for a more inclusive and thoughtful process and we apologize that this did not occur.

In his position on the board, RMS has the same responsibilities as other members. He is an unpaid volunteer and subject to the organization’s policies, including prohibitions against conflicts of interest and sexual harassment and those outlining whistleblower processes and fiduciary duties. The responsibilities of the board are described at https://www.fsf.org/about/the-role-of-the-fsfs-board-of-directors.

We believe his views will be critical to the FSF as we advance the mission and confront the challenges that software freedom faces.

In recent weeks, the board has committed to a series of changes related to organizational governance, including plans to adopt a transparent, formal process for identifying appropriate candidates to become new board members, future changes to the organization’s bylaws, and the addition of a staff representative to the board of directors.

Selected by FSF’s unionized staff, senior systems administrator Ian Kelling was elected to a newly created staff seat on the board of directors as a voting member on March 28.

The FSF board will continue to pursue additional ideas and actions designed to improve transparency and accountability.

There is still considerable work to be done. We recognize the need to attract a new generation of activists for software freedom and to grow the movement. We will report our discussions and activities to the community as we move forward.

As we work on these issues, let’s not forget the purpose of our movement, or the great work of our staff and all the good people of the free software community who are dedicated to users’ freedom.

In freedom,
Free Software Foundation Board of Directors