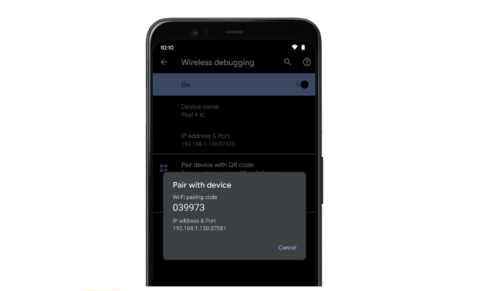 The exit reasons API can be used to request more details on why an app has been exited, whether that be a crash, system kill, or user choice. This preview updates the APIs based on feedback it received in earlier Android 11 previews.

GWP-ASan heap analysis is a method developers can use to find and resolve memory safety issues. This sample allocating tool detects heap memory errors, and is enabled to run by default in platform binaries and system apps. Now, with DP3, developers can enable it for apps too.

ADB Incremental is a new feature that speeds up install time for large APKs by up to 10x. Developers can use this feature by signing an APK up with the new APK signature scheme v4 format. Then, install the APK with the updated ADB command line tool. According to the Android team, this feature is one of many new features they will be introducing to improve game development on Android.

Android 11 DP3 also introduces Wireless Debugging, eliminating the need for developers to take up the limited number of USB ports on modern laptops. Wireless Debugging doesn’t need a cable for initial setup, and it will remember connections over time. Developers can experiment with this feature by using the pairing code workflow.

Data auditing is an existing feature that lets developers better understand how their applications access user data. The APIs for this feature have been renamed in DP3 and the Android development team recommends developers using those APIs check for these changes.

The Android development team recommends developers begin testing their apps for compatibility and identify areas that need to be addressed prior to Android 11 being pushed to users. Their recommendation is for developers to release an app update prior to the Android 11 Beta so that they can gather feedback from users. Currently, Beta 1 is scheduled for May and the final release of Android 11 is expected sometime in Q3 of this year.