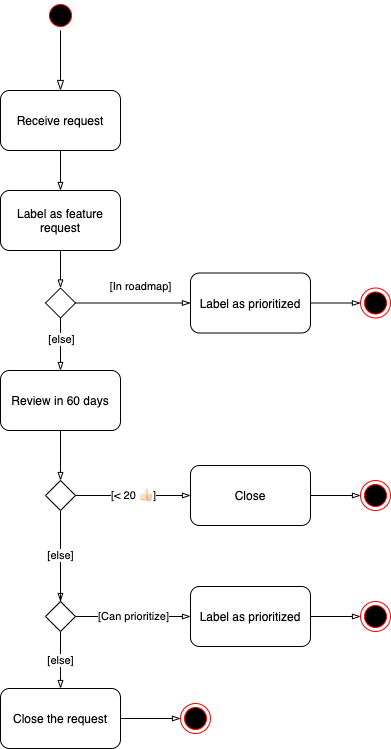 Angular announced a new automated feature request process that it will implement over the next few weeks after the team found that a large portion of requests among its three main repos were feature requests.

In the new process, an Angular team member will review a ticket manually and identify it as either a feature request or an issue. Then, the Angular team will verify whether feature requests align with existing projects on the roadmap and see whether to prioritize them or not (in which case they go through a 60-day voting process).

If a feature request collects enough votes within the 60-day window, the bot will automatically mark it down for consideration. Angular is also considering requests with 20 or more votes and iterate if a different number of votes will get better results.

The team will then manually review it again and see if it matches up with Angular’s future vision, and if it does, it will move it to its prioritization queue. If it doesn’t, Angular will close it with an explanation and determine whether the feature is a better fit for an external module that the community can distribute as part of the platform.

“Although tempting, it’s unrealistic and unhealthy to incorporate all the requests for features. If Angular takes this path, there are risks for the framework becoming unlearnable and unmaintainable. But clearly such feedback is precious — there are hundreds of bright ideas coming from the community that align well with Angular’s future vision and are worth exploring,” Minko Gechev wrote in a blog post.“By actively closing more feature requests, we set better expectations and make it clear that we’re trying to focus on the work that impacts the largest number of developers.”