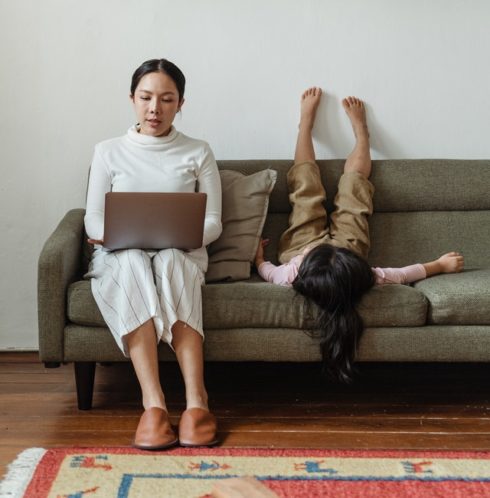 A couple years ago we laughed at the BBC broadcast when a bunch of children ran in and interrupted their dad’s live interview, but today that is becoming the norm. It’s no longer uncommon for people’s children and pets to pop in on meetings and calls.

Businesses are beginning to realize they will not be able to return to a 100% normal working environment. “If 2020 has taught us anything, it’s that we got to be creative about when we work, how we work, and where we work. This has been an opportunity to rethink all those processes organizationally,” said James Governor, co-founder of RedMonk, a developer-focused industry analyst firm.

Governor presented a keynote at this week’s DevOps World 2020 on the future of work beyond the pandemic.

Companies like Salesforce and Google have already announced they don’t have plans to return to an office until 2021. Banking company Barclays also revealed they don’t see a return to normality when it comes to people returning to the office.

The decisions businesses make in 2020 about how they are going to proceed are going to have serious impacts on their ability to succeed moving forward, Governor explained.

For instance, Governor spoke about a German automotive company that found themselves not being able to test the software necessary to use and build cars at the beginning of the pandemic because all their test infrastructure was on premises. Without a move to become more remote and digital, the company would no longer be able to operate.

Silicon Valley has been a magnet for talent and companies have provided campuses for their employees. Governor believes businesses there will have to rethink how to recruit and retain talent. Eight months ago, most software development job listings would require you to relocate, and now they are turning to telework options, he said.

However distributed work environments don’t have to be looked at as a downside or challenge. Governor believes it is a better and more human way of working.

CloudBees released The Future of Remote Work and Software Development at the conference, which looked at the impact the pandemic was having on software delivery and how virtual work came into play. The report found 59% of respondents are finding software teams are becoming somewhat or significantly more productive. Forty-two percent find it easier to complete work tasks in a timely manner; and 61% found it was easier to work across time zones.

“The responses underscore how IT organizations aren’t sitting back during COVID-19 – businesses are asking IT to be more strategic and teams are taking steps to increase cross-company collaboration and become more efficient at software delivery,” said Shawn Ahmed, senior vice president and general manager of software delivery automation for CloudBees.

As far as going to events, while everyone is missing the ability to connect and network in person, Governor looks at virtual conferences from an accessibility point. People who are single parents, or have a disability, maybe are in a wheelchair, or even across the country now have the ability to attend these events.

“2020 can possibly, if we’re intentional about it, be a trigger for a more inclusive world of work, and [an] all inclusive industry,” said Governor.

The way he believes we can be intentional about it is to start thinking about platforms and processes, and flexibility in terms of when work is expected to be done.

The industry needs a single platform moving forward that includes observability, troubleshooting, feature flags, infrastructure as code, compliance, and the ability to track changes and understand what is going on, Governor explained.

The businesses that don’t adopt more of a remote structure, and try to force employees back into the office are going to struggle over the next couple of years, he added.

“The last 20-25 years has really been about the rise of distributed systems. The next 20-25 years is going to be the rise of distributed work,” Governor said. “The most successful communities are going to be those that can really work together effectively at scale across geographical boundaries, across boundaries of time and space, being able to be asynchronous That’s one of the charms is just finding ways we can collaborate more effectively and it isn’t, I know one thing, in the office.” 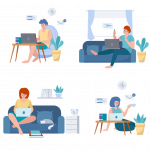