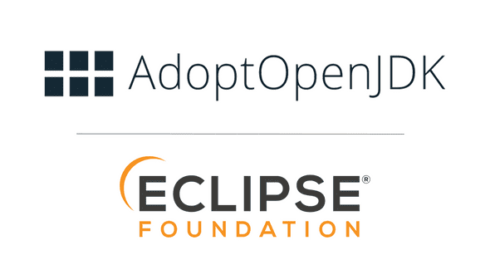 The Eclipse Foundation this week announced that when AdoptOpenJDK transitions to the foundation under its new name: Eclipse Adoptium, it will focus on building a new infrastructure called Eclipse Temurin for building and releasing JDK releases.

AdoptOpenJDK is a project that allows Java developers to download OpenJDK binaries.

“Our goal is to meet the needs of both the Eclipse community and broader runtime users by providing a comprehensive set of technologies around runtimes for Java applications that operate alongside existing standards, infrastructures, and cloud platforms,” the Eclipse Adoptium website states.

Releases available on Adoptium will be produced by working group members, certified by the Java SE TCK test suite, and meet AQAvit quality criteria. The project plans to have Temurin ready later this year.

“We will continue to target the same support timescales, breadth of platforms, and the same coverage of Java release levels as AdoptOpenJDK does today,” Tim Ellison, distinguished engineer and principal architect at Red Hat, wrote in a post.

It was first announced that the project would transition to the Eclipse Foundation last June.

IBM also announced it would join Adoptium as an enterprise member of the working group. It had previously been a founding member of AdoptOpenJDK.

“Although Adoptium is still in its early stages, we look forward to working with the Eclipse Foundation and the working group to form a JDK binary marketplace, where we expect that any Adoptium working group member company will be able to publish certified JDK binaries that meet the AQAvit quality criteria under open source or commercial license to the Java community,” Mark Stoodley, senior software developer at IBM and Eclipse OpenJ9 and OMR project lead, and Samir Kamerkar, program director and global leader of IBM Runtime Technologies and Mobile First Platform at IBM, wrote in a post.