For development teams, it’s time to throw out the open-office plan 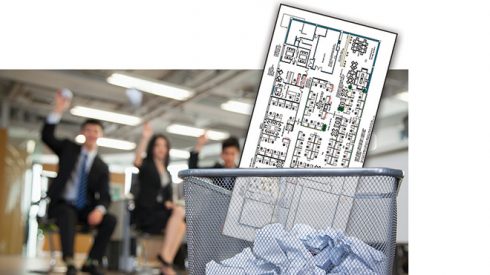 We’ve all been part of this debate about whether we should have an open-plan office or not. In general, executives would advocate for the open-plan office, while the individual contributors would say, “Please, no!!!” Executives won’t listen because they feel they are the only ones who can see the full picture clearly enough to make this decision…of course! And so, it seems, 70 percent of all offices now have an open floor plan.

I was wondering if we could make a very rational analysis of this matter, then, perhaps, we can agree on what is the best for the company (though you will never convince an executive what is the best for your developers, unfortunately). And finally, we could discuss what could be done if you’re stuck with an open office.

First, here is the approach with the criteria to consider, which is followed by a review of the alternative workspace configurations with ratings on those criteria.

What are the criteria for the configuration of your workspace?
If there was one criterion that would speak to any executive, it should be the Return On Investment (ROI), but how can we break it down to make it understandable?

At first glance, there seem to be four in our evaluation.

But from the executive’s perspective, there may be a fifth important one — having the feeling of having the whole team in one place, easy to reach and easy to monitor. We might consider this criterion not valid, but I’m ready to bet this is clearly a decision factor. Just for the sake of the argument, let’s consider this as a fifth criterion (specific to management): Accessibility.

Before we delve more deeply into this, I’m going to throw out the financial and talent retention criteria. Here’s why:

On the financial side, let’s assume that individual desks would take five times more space than an open-plan office for the same number of developers. For a team of 100 developers, it should cost you about $70,000 per year for the rent for an open-plan office. Sure, this depends on which city, but you’ll see it won’t matter. The average wage for developers should be about $100,000, and that is conservative. All those salaries cost $10 million per year! So 10 percent productivity loss stands for $1 million thrown out the window — 15 times more than the office rent!

That’s why productivity and collaboration should be your only criteria, whether you are an individual contributor, manager or executive. Let’s analyze the different workspace configurations on those two points.

What are the alternatives?

Productivity:
There is a reason why developers hate open-plan offices. Yes, hate might be a good word to use; just go on Reddit to check for yourself: “The open-plan office is a terrible, horrible, no good, very bad idea.” Why? Developers are more exposed to interruptions and stress. If the workspace is designed to have as much motion as possible, that won’t help them focus! Any interruption can easily take more than 30 minutes from the developers’ productive time. And the more interruptions, the more frustration, the less quality work, the more bugs — and it goes on. Let’s assume you had two extra interruptions every day because of this. That’s one hour every day: 15 percent productivity loss!

Collaboration:
There is a Harvard study on this; it actually says open-plan floor offices make your team less collaborative. This may come as a surprise to executives. But I assure you, not to developers! The study says that, for open-plan offices, “face-to-face time decreased by around 70 percent across the participating employees, on average, with email use increasing by between 22 percent and 50 percent (depending on the estimation method used).”

And when you think about it, it’s obvious. People can’t cope with the noise, and therefore put headphones on.

Accessibility:
This is the best configuration for executives to feel part of the team, having them all packed in the same place. Mobility between teams is made easier too.

Sure, there are many ways to design an open-plan office to offset some negative points. We’ll look at that while we check the alternatives.

The main problem with cubicles is how they are perceived because of the way they used to look. But you can make them fun! Just look at the picture for Zappos’ cubicles!

Productivity:
In cubicles, you have fewer distractions and unnecessary interruptions, thanks to the little extra privacy you get. Not seeing your colleague’s face might just be enough for you to not stop by and crack a joke to him or her. Plus, developers feel less “watched” and can be more relaxed, allowing them to focus more. You do have the same amount of noise, though, which can be easily offset by putting headphones on.

Collaboration:
Cubicles could be arranged by teams to achieve maximum collaboration. But this might mean you would need to change cubicles if you change teams/squads, so developers might be less inclined to personalize their cubicles as they would ideally want. Even though you will need to get up to talk to your colleague across from you, you have a bit more privacy to have deeper conversations with colleagues with less fear of disturbing their neighbors, which is a good point for collaboration.

Accessibility:
Cubicles take twice as much space than open-plan workspace. So, executives might feel their teams are less accessible, even more so if they need several floors instead of just one, because of the place cubicles take.

3. Team separation (open within team, closed to other teams)

If you have very large teams, it will just be like the open-plan office. So, in this alternative, I’m considering teams of less than 10 people.

Productivity:
The smaller the team, the better the environment for focusing. Whether you have your manager within this space can actually make a huge difference, though, as developers might feel a bit less relaxed, depending on the style of management, of course. The big advantage here is the lack of distraction outside the team.

Collaboration:
This might be the best configuration for collaboration within teams. However, this might lower collaboration among separate teams. A way to offset this is to put teams that should collaborate together in adjacent spaces and have common corridors or meeting spaces.

Accessibility:
It is perfect for managers. They have their space with their team, not disturbed by other teams. However, executives might not feel the same. Instead of having one meta-team, they have several separate teams in possibly different places. Between three and eight people feels like a good compromise, but that’s my opinion; feel free to disagree. More and you get more distractions, for sure.

Productivity:
This is the option with the least interruptions, and therefore theoretically with the highest productivity. However, I would opt to have a colleague in the same room, which actually helps both developers to focus. AS developer can’t be productive for eight hours straight, and needs some time to have some light conversations to go back again in the zone. This can’t be easily done in individual offices. You need to have two people sharing a room for that.

Collaboration:
Offices make it easier to have conversations. You close the door and you can talk about what needs to be talked about, without worrying about bothering other people. That applies when discussing complex problems, but not for easy questions that will probably be discussed online. This is true especially in the case the person you want to talk to is not nearby, as the team will be spread at this point.

Accessibility:
Individual offices can take five times more space than an open-plan floor with team separations. Your team of 100 developers could be spread across many floors. Accessibility is at its worst for executives, if your company has an office.

Productivity:
Provides the least interruptions and the highest productivity. However, not everybody is built to work remotely. Some teams do virtual coffee breaks for those little breaks between two tasks. Most all communication is asynchronous, so developers can respond when they would like.

Accessibility:
That’s the worst for executives.

So, which one is the best?
I think that, unfortunately, accessibility is the criterion the most considered by executives today, even though it shouldn’t be if you think about the companies’ best interests. But the companies are not the decision-makers, their executives are.

My personal favorite is remote teams. But if it’s physical workspace, then my choice would be team separation, as it fosters the most collaboration and productivity within the team.

If you want to make an open-plan as good as it can be for developers, here is what you can do:

In any case, if someone tells you that “open offices often foster a symbolic sense of organizational mission, making employees feel like part of a more laid-back, innovative enterprise,” you know what to tell them! 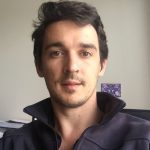 John Lafleur is co-founder and COO (and developer himself) at Anaxi, which is providing an application that helps software engineering teams understand the state and progress of their projects in addition to their own productivity.

View all posts by John Lafleur