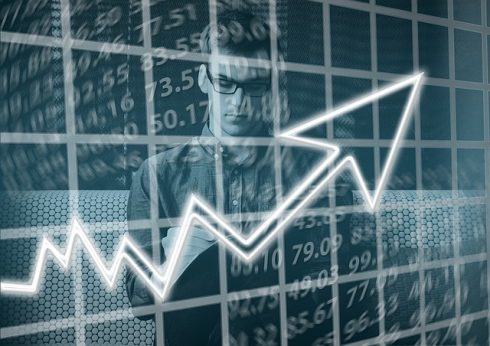 You don’t have to go Theranos to realize that ethics are not prioritized in the Silicon Valley. Yes, people talk about ethics and being ethical in tech firms only because it is necessary to attract further investment. I would argue that these are not real ethics. They are there just for show. Ethics is about fundamentally imbuing thought processes with discernment over how that will impact the greater society not only now but in the future. Ethics always begs the question, what kind of society are we building here?

But in Silicon Valley, investors are worried about the next big thing and fundamentally not missing that ship once it sails. In that regard, greed and the fear of not gaining are the fundamental values that drive the expansion of technology. Venture capital firms deposit millions into hundreds of companies in the hope that a few unicorns will spring up. These companies, in turn, sit on a pile of money that needs to be spent quickly and aggressively to meet unrealistic expectations that they pitched to their investors. In this scenario, ethics becomes aftermath, a cleanup job after the first mess is made.

For ethics to become a part of the value system that drives behavior in Silicon Valley, it would have to be incentivized as such. I have a hard time envisioning a world were ethics can offer shareholders huge returns. Ethics is about doing the right thing, and the right thing and the lucrative thing typically don’t necessarily go hand in hand.

Everyone can understand ethics. Basic questions such as “Will this be good for the world in a year, 10 years or 20 years?”, “Would I want this for my kids?” are easy litmus tests to differentiate between ethical and unethical conduct. The challenge is that considerations on ethics slow down development by raising challenges and concerns early on.  Ethics are about amplifying potential problems that can be foreseen down the road.

On the other hand, venture-funded start-ups are about minimizing the ramifications of these problems as they move on quickly. How can ethics compete with billion-dollar exits? It can’t. Ethics are just this thing that we read about in articles or hear about in lectures. It is not driving day-to-day decision-making. You listen to people in boardrooms asking, “How will this impact our valuation?,” or “What is the ROI of this initiative?” but you don’t hear top-level execs brainstorming about how their product or company could be more ethical because there is no compensation tied to that. The way we have built our world, ethics are just fluff.

We are also extraordinary at differentiating private vs. public lives. Many people working at tech companies don’t allow their kids to use electronic devices ubiquitously or would not want their kids bossed around by an algorithm as they let go of full-time employee benefits. But they promote these things and further them because these things are highly profitable, not because they are fundamentally good. This key distinction between private and public behavior allows people to behave in wildly hypocritical ways, by helping advance the very things they do not want in their own homes.

The result is a perfect storm. You have agents that are capable of dissociating their business actions from their personal beliefs and an incentive structure that rewards only profits, not goodness. It is nearly ludicrous to try to reintroduce ethics into a framework that is entirely incompatible with the notion.

Ethics require agents that are at their core committed to consciousness, and cornerstone values such as fairness, liberty, and truth. You don’t see CEOs getting big fat bonuses for being truthful. They get the bonuses for bringing the money in. You don’t see companies getting funded for being fair. They get funded for being potentially highly lucrative. You don’t see people rising in their careers because they believe in freedom. They grow because they think precisely the opposite and are willing to be incarcerated to their mandates and obligations.

Ethics should be driving decision-making. But it is just the tail that gets wagged at the very end of a long process. By the time ethics kick in, the damage has been done, and now we begin to look at what would have been the ethical thing to do. It’s just not enough. If we want to truly build a better world as so many start-ups claim to want to do, ethics has got to become the driver. 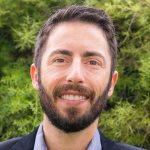 View all posts by Gabriel Fairman

Ethics at the fore of AI conversations