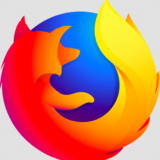 Mozilla is responding to Google’s upcoming Manifest v3 changes. Manifest v3 is Google’s next Chrome extensions manifest version designed to provide “stronger security, privacy and performance guarantees,” but it also comes with a number of difficult changes browsers like Mozilla will have to address.

“In November 2018, Google proposed an update to their API, which they called Manifest v3. This update includes a number of changes that are not backwards-compatible and will require extension developers to take action to remain compatible,” Mozilla’s add-ons community manager Caitlin Neiman wrote in a post.

According to Neiman, one of the changes set to deprecate an API that gives extensions the ability to intercept all inbound and outbound traffic from the browser and block, redirect or modify the traffic.

“In its place, Google has proposed an API called declarativeNetRequest. This API impacts the capabilities of content blocking extensions by limiting the number of rules, as well as available filters and actions. These limitations negatively impact content blockers because modern content blockers are very sophisticated and employ layers of algorithms to not only detect and block ads, but to hide from the ad networks themselves. Extensions would still be able to use webRequest but only to observe requests, not to modify or block them,” Neiman explained.

As a result, Mozilla has no immediate plans to remove the blocking webRequest.

According to Neiman, the team is “working with add-on developers to gain a better understanding of how they use the APIs in question to help determine how to best support them.”

While the specific guidance and timeline of Manifest v3 is not yet available from Google, and Firefox isn’t obligated to implement every part of version 3, it still wants to maintain compatibility.

“Once Google has finalized their v3 changes and Firefox has implemented the parts that make sense for our developers and users, we will provide ample time and documentation for extension developers to adapt. We do not intend to deprecate the v2 API before we are certain that developers have a viable path forward to migrate to v3,” Mozilla wrote.

Additional proposals for Manifest v3 include background service workers for background processes to improve performance, runtime host permissions that give users more granular control over the sites they give permissions to, cross-origin communication and remotely hosted code that includes a proposal for additional technical enforcement measures.