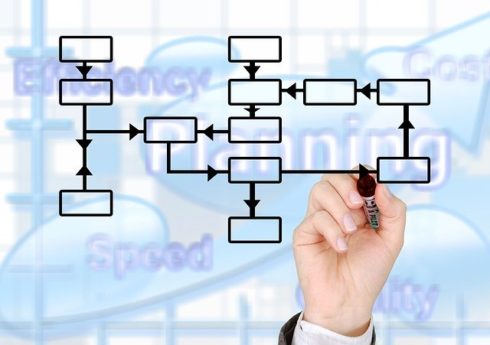 Feature experimentation platforms make feature flagging easier to do and easier to manage, but even the greatest tools don’t contain all the DNA an organization needs to succeed. Without a process in place, developers, product managers, and even salespeople may be able to turn flags on and off at will, which may not be the most prudent course of action. When a process is in place, businesses are in a better position to ensure their feature experimentation aligns with their goals.

“Trouble can ensue if everyone is turning things on and off willy-nilly,” said Chris Condo, senior analyst at Forrester. “It should be understood that certain people have the authority to do things and other people don’t. If any salesperson, any account manager, anyone, can have access to this, I think that that’s asking for trouble.”

Feature experimentation platforms tend to provide visibility and insight into who’s seeing what, when, and why they’re seeing it. Condo said LaunchDarkly’s designation as a “feature management” platform is ingenious because it suggests that feature flagging should be an ongoing practice. However, it’s not just clever marketing; the platform (and some others) provide true feature management capabilities.

“If you’re littering your code with code paths that aren’t being executed, you’re going to end up with technical debt that you want to keep in check,” said John Kodumal, CTO and co-founder of LaunchDarkly. “You need tools that are prescriptive about telling you when to remove feature flags. If you don’t have that, you can end up with a lot of problems.”

For example, one company built its own feature flagging system, but feature flags were never deleted. When the system crashed, the website reverted to an old version that was a decade out of date because there were a lot of code paths no one had ever seen before. The old version of the site was non-functional, and apparently no one had tested it. So, the end result was a site-wide outage.

“Process, tools, and culture have to work together. You have to have a process that allows you to remove flags as quickly as possible,” said Kodumal.

Conversely, while a process may exist, developers may still not feel comfortable deleting flags if they don’t trust the tooling. Alternatively, feature flag removal might be something that’s done during a cleanup week as opposed to continuously.

“A set of practices and techniques are only useful if they’re adopted consistently across an organization. The technology is sort of the prerequisite for that, but it’s not the whole story,” said Jon Noronha, senior director of product at Optimizely. “Big established companies that haven’t always done things like feature flagging and experimentation [need help making] that jump along the way.”

Documentation is also important, according to Sophie Harpur, product manager at Split.io. That means documenting the hypothesis, what was tested, how it was tested, what was learned by turning the feature on and off, and next steps, including the next feature that’s going to be released.

“Having that all in a centralized place is really important to foster an experimentation culture,” said Harpur. “Having that documentation of experiments gives you that opportunity to make sure things are being done correctly, so allowing people to review what people are testing, getting more eyes on it to make sure people are testing correctly and effectively. We’re always keen for process around experimentation.”