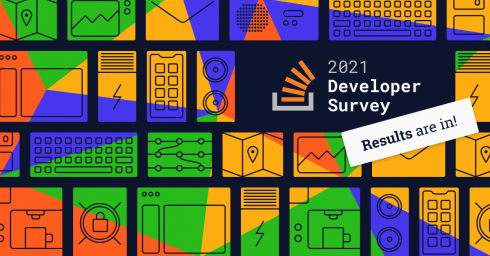 Online resources are increasingly becoming the way that new developers learn. Stack Overflow’s 2021 Developer Survey indicated that for coders under the age of 18, videos and blogs are more popular than books and school combined.

The survey also indicated that the pandemic has influenced work status for many developers, and a greater percentage of respondents now work part-time or are in school. The percentage of full-time developers has decreased in the past year.

“This may reflect the effects of the pandemic, which saw workers from all industries stepping back and reevaluating their relationship to a five day work week and in-person employment,” Stack Overflow wrote in a blog post explaining the results of the report.

JavaScript remained the most commonly used programming language for the ninth year in a row. This year Python surpassed SQL to become the third most popular language.

AWS was the dominant platform among Stack Overflow users, with 54% of respondents using it. Following AWS was Google Cloud Platform at 31.05% and Microsoft Azure at 30.77% — nearly tied.

Stack Overflow surveyed over 80,000 respondents for the survey. More information is available here.