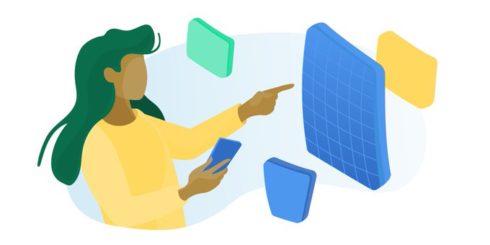 Contentful has announced a new app framework to help companies move away from monolithic suites and build a digital experience stack.

The framework will include new API endpoints, libraries and blueprints as well as tools designed to help developers build custom apps and integrate existing services.

Hasura announces new funding for product and data delivery with GraphQL
Hasura has raised $9.9 million in a Series A round of funding. According to the company, the money will go to accelerating product and data delivery using GraphQL. Hsaura provides solutions that automatically creates real-time GraphQL APIs, giving users instant access to data.

The round of funding was led by Vertex Ventures US with participation from SAP.iO Fund, Nexus Venture Partners and Strive VC.

“Hasura makes it possible for front-end teams to use GraphQL and move fast without breaking things on the back-end,” said Sandeep Bhadra, partner at Vertex Ventures US. “We invested because of the incredible velocity of their product engineering, the tremendous community the founders built in such short order, and the pull from enterprises who want to empower their engineers to move with FAANG-like agility while supporting ops teams with performance management, security, and data access.”

According to the team, Ktor is made up of two parts: a server engine and a flexible asynchronous HTTP client.

The team’s next goals are to make the service engine multiplatform, improve integration with the kotlinx.serialization library and support COI.

“At Amazon, we understand the complexity and effort needed to develop and ship a high-quality connected device. ACS makes proven software from Amazon devices easier to use for device makers who want to quickly launch a device supporting Amazon Device SDKs, including FFS and AWS IoT SDKs,” says Joshua Danovitz, Director of ACS. “Now, device makers can focus on launching devices with innovative new features while significantly speeding up development time using ACS.”

Firefox to address attack vectors with WebAssembly
Mozilla is adding a third approach to its web browser to ensure its security. Currently, the company breaks code into multiple sandboxed processes with reduced privileges and rewrites code in safe languages like Rust to take security challenges like memory safety. Now, the company is adding RLBox to its arsenal. RLBox is a sandboxing technology that can convert Firefox components to run inside a WebAssembly sandbox.

“By isolating libraries we can ensure that attackers can’t exploit bugs in these libraries to compromise the rest of the browser,” said the lead PhD student on the project Shravan Narayan.