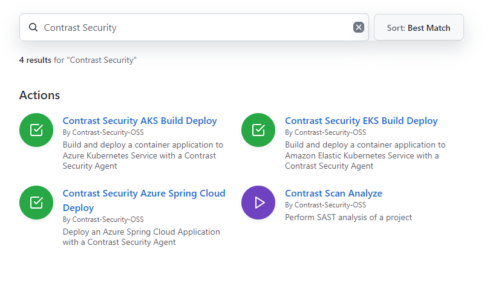 Contrast Security has announced that it is entering into a partnership with GitHub. With this comes the availability of Contrast Security’s suite of GitHub Actions that simplifies the process for developers to deliver code with no security vulnerabilities.

Contrast’s GitHub Actions include four features that work to embed security into existing value streams. These actions include

These actions are available now with support for Java applications. Additional language support is currently in development, including GitHub Actions for .NET and JavaScript applications.

MariaDB, the open-source database software organization, recently announced that it will become a publicly listed company on the New York Stock Exchange (NYSE) in partnership with NYSE-listed Angel Pond Holdings Corporation. This transaction implies a pro forma enterprise value of about $672 million.

After closing the transaction, the combined company will go by the name of MariaDB plc and will be led by Michael Howard, MariaDB’s CEO. “I am excited that a public investor base and enhanced capital access will allow us to accelerate the go-to-market for our technology that has already been battle-tested and proven its market fit,” said Howard.

The team at Swift just announced that the Swift compiler is now able to import and use several C++ APIs. These APIs include standard C++ library types such as std::string and std::vector. With this, Swift and C++ unveiled their interoperability workgroup as a part of the Swift project.