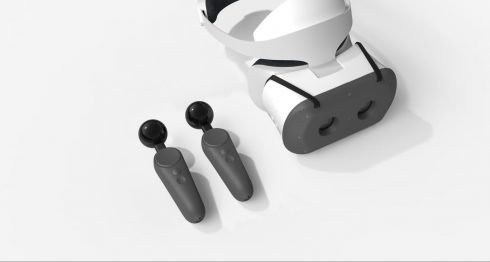 Google has announced new experimental features for developers to use on the Lenovo Mirage Solo, which is a Daydream virtual reality headset. It added new APIs to support positional controller tracking with six degrees of freedom (6DoF), which enables users to move their hands more naturally in VR.

It also added see-through mode, which enables users to see what is in front of them in the physical world while wearing a headset.

Finally, it added the ability to open any Android app on the headset so that users can use their favorite games and tools in VR. Developers will be able to add VR support to existing 2D applications.

“Innovation is core to all we do, from the launch of the original YubiKey ten years ago, to the concept of one authentication device across multiple services, and today as we are accelerating into the passwordless era,” said Stina Ehrensvard, CEO and founder of Yubico. “The YubiKey 5 Series can deliver single-factor, two-factor, or multi-factor secure login, supporting many different uses cases on different platforms for different verticals with a variety of authentication scenarios.”

The core container adds functional bean definition refinements for both Java and Kotlin. Its internal reflection use is now optimized for improved startup time and uses less heap memory.

Kindred launches open-source reinforcement learning toolkit
Kindred has announced the launch of SenseAct, which is an open-source toolkit for creating reinforcement learning tasks on physical robots. It was designed with the goal of providing robotics developers and research with a consistent interface that controls for time delays, which is a factor that simulation environments aren’t hindered by.