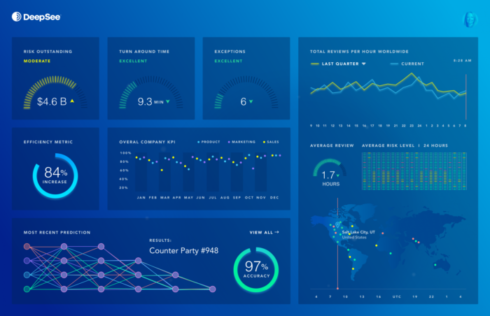 DeepSee.ai announced it has received $22.6 million in series A funding to accelerate product development and to expand the platform beyond the capital markets and insurance verticals. The DeepSee.ai’s Knowledge Process Automation Platform offers a cloud-agnostic approach to deliver improvements and is also designed to integrate with existing systems and tools.

“We founded DeepSee to bridge the gap between powerful technology and line-of-business, with adaptable solutions that empower our customers to operationalize AI-powered automation – delivering faster, better, and cheaper results for our users,” said Steve Shillingford, the CEO of DeepSee.ai.

The new release focuses on speeding up automation testing through new capabilities such as a headless browser extension, a fully redesigned storyboard and PDF content validation.

“With this release of Telerik Test Studio, Progress offers new power to development teams to help them increase development speed, give and receive feedback faster and ensure quality without sacrificing delivery dates,” said Loren Jarrett, the general manager of developer tools at Progress.

Jetpack Tiles library in alpha
The alpha release of Jetpack Tiles library enables developers to create customer Tiles on OS smartwatches and custom Tiles will become available to users later in the Spring, according to Jolanda Verhoef, a developer relations engineer at Android in a blog post.

Tiles can be designed for tasks like tracking one’s daily activity progress, quick-starting a workout, starting a recently played song, or sending a message to a favorite contact and more.

Apache weekly roundup
Last week at the Apache Software Foundation saw the release of Apache OpenMeetings 6.0.0, which added WebRTC audio/video/screen-sharing in the Room as well as many security, stability and UI improvements that can be found here.

Two vulnerabilities in Velocity were addressed including CVE-2020-13936, which enabled attackers execute arbitrary Java code or run arbitrary system commands with the same privileges as the account running the Servlet container and CVE-2020-13959, in which the default error page for VelocityView reflected  back the vm file that was entered as part of the URL.

Additional details on all of the new releases are available here.