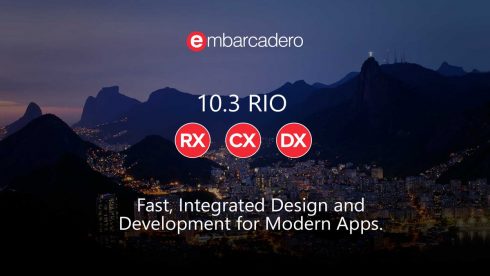 Cross-platform developer productivity tool provider Embarcadero announced the latest release of its RAD Studio 10.3, also known as RAD Rio. This release comes with enhancements to its C++ and Delphi capabilities as well as updates to the IDE for building Windows 10 and multi-device apps for iOS 12 and Android 9.

As previously announced, changes in API 28 include a new notification stream, app standby buckets, and user input and data privacy. These changes will be rolled out to devices that support API 25 and higher.

Qoppa 2018 Java PDF library and PDR Server
Qoppa has announced the latest 2018 version of its Java PDK developer libraries. Updates are being made to its Java PDF processing and conversion libraries, PDF server application and PDF Automation Server.

“While new sensor, mobile and wireless technologies are driving the evolution of IoT, the true business value of IoT lies in a business’s ability to take advantage of data and analytics arising from these hardware devices to create apps that can extract meaningful insights and transform them into brilliant customer experiences,” said Subhash Ramachandran, SVP of product management and marketing for Software AG.

No-code/low-code: Not your dad’s RAD