No-code/low-code: Not your dad’s RAD 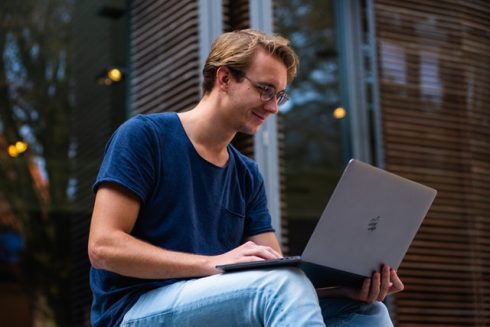 The earliest seeds of application development by business users (aka “citizen developers) can be traced back to the days in which waterfall was the norm. Like today, the business wanted capabilities available sooner than developers were able to deliver. While development methodologies and tools have advanced significantly in the last three decades, the core concepts are not new ones. Take Rapid Application Development (RAD) for example, exemplified by Lotus Notes, Microsoft Access and Excel.

“I cut my teeth on Lotus Notes. If you want to pick on that, we can say there were certainly mission-critical applications built in Lotus Notes, but they tended to be fairly traditional types of IT development efforts,” said Rob Koplowitz, VP and principal analyst at Forrester. “The true need for low-code comes in when you’re building hundreds or potentially thousands of applications in service of digital transformations. The tools we have now are better, but the acceptance of the tools is also better because we really need them.”

RAD applications are still alive and well in many organizations. They share a common target audience with low-code/no-code tools, which is power users working in lines of business (aka “citizen developers”).

“I don’t think it’s a question of success versus failure, it’s a question of whether these [newer] tools will be considered a critical element of an architecture and an overall software development portfolio,” said Koplowitz. “There’s a lot of excitement about this space. Will that translate into the way a global insurance company develops software across its portfolio? That’s a big bridge to cross.”

Using RAD tools, power users were able to solve some of their own problems outside IT, which in some cases created problems that low-code and no-code adopters should consider.

“I used Lotus Notes for a while. I can tell you firsthand how difficult it can get in an organization when anyone can create their own application,” said Justin Rodenbostel, executive director at the digital transformation agency SPR. “The thing about Access and Notes and tools like that was that anybody could use them, anybody could deploy them. They provided ways to work around IT or provide your own shadow IT, which was ripe for abuse. Low-code/no-code tools are built to play by the rules of information technology. They fit in. There’s a way to deploy them, there’s a way to manage them.”

RAD tools and low-code/no-code tools also differ in terms of the generations of technology they represent. RAD tools required relatively deep understanding of the tool versus the drag-and-drop simplicity no-code tools provide, for example. Over the years, there’s also been a major shift from on-premises software to software-as-a-service.

“RAD tools were IDEs installed on the local desktop and you needed some fairly technical expertise to really use them to their fullest and then you’d build the apps and you kind of lose track of them. It was hard to know how often [RAD tools] were used, if there were duplicates of app functionality if they were built by multiple people,” said Jason Wong, VP analyst at Gartner. “With cloud and SaaS, it’s easier to set up, monitor and track, and apply security and governance, so a lot of it has to do with all these new cloud-based platforms that are out there.”

“They can’t build mobile apps with code-centric tools because it’s still too burdensome for them to maintain so they go to a low-code approach which makes it easier in terms of the lifecycle management of the apps to maintain,” said Wong.