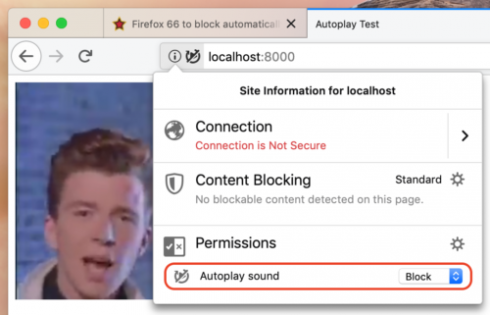 Firefox 66 has been released. According to Mozilla, it includes new features such as screen sharing, scroll anchoring, autoplay blocking for audible media, and support for the Touch Bar on macOS.

Automation Anywhere releases IQ Bot 6.5
Automation Anywhere has launched a major update to its AI solution, IQ Bot. IQ Bot 6.5 combines AI with RPA, and introduces the ability to auto-detect, read, and process complex, low-resolution documents and emails. The solution can now be used on a mobile device, which will enable more use cases from field workers that don’t always have access to a computer.

Automatic Process Discovery records, maps, and analyzes business processes, providing insights into those processes and identifying tasks that can be performed by robots instead. Robot Lifecycle Management is an industry standard that is based on the Git Version Control System. It helps manage RPA robots, snippets, resources, and schedules, and synchronizes between different source control repositories.

“Momentum has been building over the last several years for new analytics and data management solutions in the cloud, but customers have run into challenges using current solutions,” said Rohit De Souza, CEO and president of Actian. “There is a major opportunity to deliver transformative technology to power an entirely new generation of cloud data warehouses to replace traditional solutions that are fundamentally tapped out and alleviate the challenges of new demanding BI, advanced analytics and machine learning workloads.”

Guest View: The time has come for RPA standards