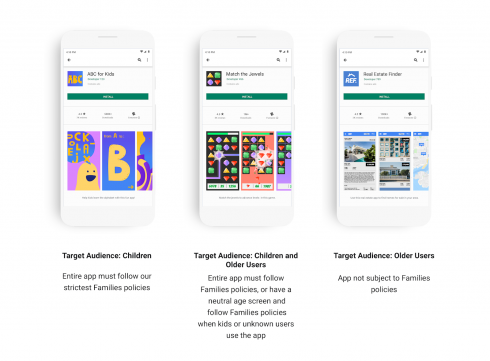 In a move to protect kids using the Google Play store, Google will now require developers to declare a target audience for their apps as of September 1st and to update their apps to comply with new policies.

The updated policies require ads served to children to go through an app network that has certified compliance with Google’s families policies and that apps not targeted for kids don’t unintentionally appeal to them.

In a post, Google wrote that it will use the information developers provide in the target audience section to do its own review of app marketing assets, categorize the app, and apply policies according to the following target audience groups: children, children and older users, or older users.

The platform is powered by Salesforce Lightning and open-source blockchain technology from Hyperledger, allowing organizations to  deploy and manage blockchain networks, workflows, contracts and apps.

Blockchains provide a distributed ledger that saves, traces and authenticates data across every partner or node in the network. Organizations can leverage blockchain for a variety of use cases like asset tracking, credentialing and verification and authentication of goods, according to the company’s post.

Through the use of machine learning to transform unstructured and structured data, the platform’s AI enables automatic recognition of people and documents, an understanding of content within communications, and access of knowledge centers for better decision making, according to the company.

The full list of new metrics and simplified ad creation for advertisers using playable ads on Facebook and Audience Network can be viewed here.