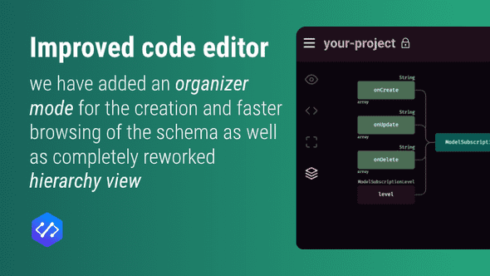 The latest version of the GraphQL Editor is now available. The main feature in the 3.0 release is the ability to facilitate and manage a GraphQL schema. The release also introduced a completely reworked hierarchy view and new Organizer Mode, allowing for even faster creation and navigation through the schema.

The new version also contains improvements to Faker, such as the ability to specify faker values from faker.js as well as to specify an array of values to choose a random value from that array.

The integrations allow developers to seamlessly add Visual AI-powered testing to every build and pull request, resulting in greater UI version control and improved developer workflows, according to the company.

React 17 focuses on making it easier to upgrade React itself
Users of React will have more options when upgrading React. The first option will be to upgrade a whole app at once and React prepared an example repository on how to lazy-load an older version of React if necessary.

In React 17, React will no longer attach event handlers at the document level under the hood. Instead, it will attach them to the root DOM container into which the React tree is rendered.

The Developer Cloud is available now as part of the OpenText CE 20.4 launch. Additional details are available here.