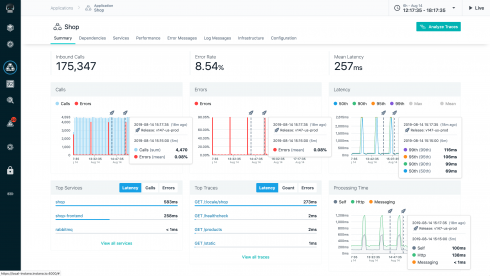 The APM solution discovers application service components and application infrastructure, including Jenkins, Kubernetes and Docker and detects changes in the application environment in real time.

In the potential combination, VMware would acquire all of the outstanding shares of Class A common stock of Pivotal for cash at a per share price equal to $15.00.

“Pivotal does not intend to provide any further information as to developments, if any, in its discussions with VMware regarding a business combination unless and until a definitive agreement is executed,” the company wrote in a statement.

WebKit tracking prevention policy released
WebKit released its Tracking Prevention Policy, explaining that it will work to prevent all covert tracking and all cross-site tracking.

In addition, WebKit said it treats circumvention of shipping anti-tracking measures with the same seriousness as exploitation of security vulnerabilities.

The improvements include XAML Hot Reload for Xamarin.Forms to allow users to make changes to their XAML UI and see them reflected live, Android Q Beta 4 Final APIs within Xamarin.Android, XAML Previewer for Xamarin.Forms, and constraint editing in the iOS designer.