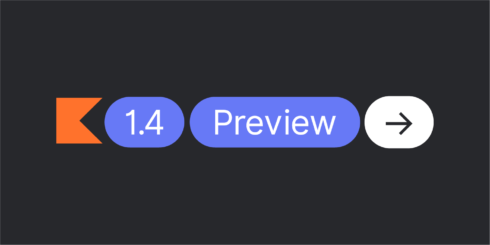 JetBrains has released the last milestone preview of Kotlin 1.4. Among the standard library changes in 1.4-M3, JVM libraries now come with the module-info descriptor, functional interfaces are added to the standard library, and new collection operations to cover real-life costs were added.

The new jlink tool allows users to generate a custom java runtime image containing only the platform modules that are required for an app.

Kotlin 1.4 also supports SAM conversions for Kotlin classes, with which developers can mark an interface with only a single abstract method as a ‘fun interface,’ and then pass a lambda as an argument when that interface is expected as a parameter.

Compact folders in the File Explorer now properly narrate expanded/collapsed state and the ARIA level and screen readers can now update the cursor offset in the editor.

The additions to the CLI also allow developers to automate the creation of Git branches for new API versions, enabling custom commit messages for new API changes and pull API changes from Git back into SwaggerHub, according to SmartBear.

These new release features will be available this month for SwaggerHub SaaS and on-premises customers.

This will make it simple to analyze the throughput and allocation of code snippets.

This release has seen a lot of effort go into improving the GC, according to Microsoft. For example, ‘dotnet/coreclr#25986’ implements a form of work stealing for the “mark” phase of the GC.

“Our open approach makes it easier for customers to add new functionality and components as they grow, or fast-forward into a full digital experience platform, depending on their level of maturity,” said Mike Sullivan, the CEO of Acquia. “The Acquia Open DXP is built to scale and support personalized customer journeys of all sizes.”

The new features include a customer data platform which delivers a 360-view of each unique customer by integrating data across back-end and front-end systems, Campaign Studio that uses CDP data to break down the traditional channel silos across the organization and Campaign Factory, which helps scale global digital marketing operations.

premium User feedback can be found in unlikely places