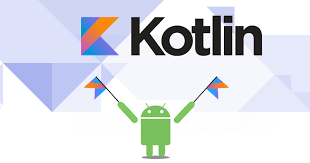 Kotlin was awarded the Open-Source Award for Breakout Project of the Year at the O’Reilly Open Source Software Conference (OSCON) this week.

“There is no doubt to us why Kotlin received this award: it’s a fast moving (but thoughtfully developed) programming language that lets you write better code, faster,” the Android team wrote, adding that Android is going increasingly Kotlin-first.

The Android team has added many new features to the language since it announced support for it two years ago including support for Kotlin and Kotlin extension libraries (KTX) in Android Jetpack APIs and an improved compilation toolchain.

“The road to fully supporting Kotlin on Android was not always easy, but it was truly rewarding seeing Kotlin adoption among professional Android developers rise from a handful of early adopters to around 50% since the original announcement,” Android wrote. “It shows how disruptive and transformative Kotlin has been, and not just for the Android developer community, but beyond.”

The RAD Studio enhancements include the ability to target the macOS App Store with 64-bit versions of Delphi FireMonkey applications, target five platforms from a single Delphi codebase, and build Delphi GUI applications for popular Linux distributions. The full list can be viewed here.

Zeebe integrates with cloud-native components like Kubernetes, Apache Kafka and Elasticsearch, executes industry standard BPMN and is fault tolerant without requiring a database, according to the company.

“We’re excited to now offer a production-ready version of Zeebe, which supports mission-critical business processes that previously couldn’t be handled by a workflow engine due to their scalability or architectural requirements,” said Daniel Meyer, CTO of Camunda.

ML.NET 1.2 and Model Builder receive updates
Microsoft announced ML.NET 1.2, an open-source and cross-platform machine learning framework for .NET developers, as well as updates to the Model Builder and CLI.

The Model Builder is a UI tool for Visual Studio and the ML.NET CLI simplifies the process to build custom ML models using automated machine learning.

The full list of updates can be viewed here.