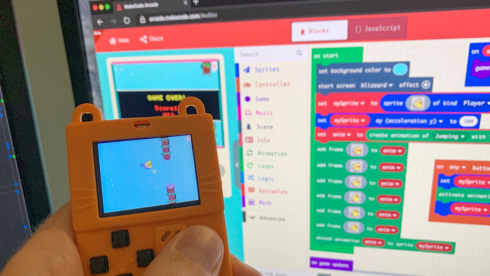 “With Arcade, STS lets developers of all skill levels easily write cool retro-style pixelated games—think Super Mario Bros., but even better because it’s designed by the user—to be run either inside a virtual game console in the browser or on inexpensive microcontroller-based handhelds,” Michal Moskal, principal research software development engineer for Microsoft, wrote in a blog post.

Microsoft added that STS is used in all 7 MakeCode editors and it can meet the demands of programs requiring higher levels of performance.

Go 1.13 released
Go 1.13 is now available and it includes changes in the implementation of the toolchain, runtime and libraries.

In the new version, the Go command by default downloads and authenticates modules using the Go module mirror and Go checksum database run by Google. According to the developers behind Go, the version supports a more uniform and modernized set of number literal prefixes. The 1.13 release is also the latest version that will run on Native Client.

The full details of the new release are available here.

“As customers adopt cloud services, having a solution for their most important needs such as search, logging, observability, and security of their critical applications, will be a key advantage. The focus on developer choice and managed services that both Microsoft and Elastic share benefit our mutual customers,” said Scott Guthrie, EVP of Cloud and AI at Microsoft.