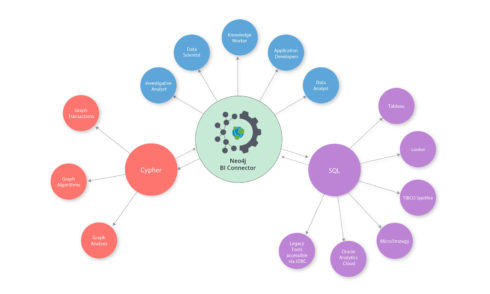 The Neo4j BI Connector also allows users to create the visualizations and dashboards that will help extract the hidden value in data, and service to enrich traditional SQL-based analysis, according to the company.

“The Neo4j BI Connector democratizes access to graph data for millions of business intelligence analysts, representing a market segment valued at well over $20 billion,” said Fawad Zakariya, SVP of business and corporate development at Neo4j. “Neo4j graph data plays an increasingly pivotal role in enterprise innovation and transformation and we continue to invest in our ecosystem to further our product and market leadership as well as meet rapidly growing customer demand.”

Updates that address security vulnerabilities in Microsoft software are typically released on Update Tuesday, the second Tuesday of each month to allow for partner quality assurance and IT planning.

The new Android GPU Inspector enables you to look deeply into an Android GPU and see detailed information about your game’s render stages and GPU counters.

The new proficiency report measures the skill proficiency of teams alongside the types of code used in each code commit, and mob/pair compatibility supports visibility into all commit types.

Engineering can leverage Flow to eliminate bottlenecks, improve collaboration, expedite time to market, and enable software projects to produce the desired outcomes faster and more efficiently, according to the company.

Today, the most common protocols are HTTP/1.1 and HTTP/2 with a standard around HTTP/3 already being defined, according to the developers behind the project.

Additional use cases of the protocol are available here.