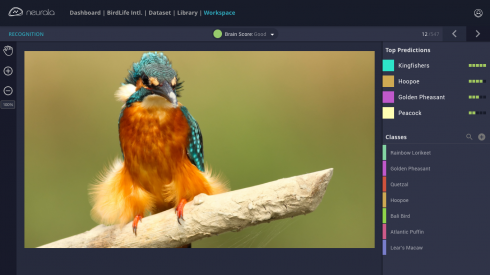 “While investments in AI have increased exponentially in recent years, a staggering 91 percent of organizations still face significant barriers to adoption, including a lack of IT infrastructure and a shortage of AI experts,” said Massimiliano Versace, CEO and co-founder of Neurala. “These challenges are compounded by the fact that every company has their own unique data, use cases, workflows and problems they wish to solve, which demand customized – and resultantly complex – AI solutions.”

“Developers need components that are easy to use, perform well, and of course, have impressive features for helping to address real-world challenges,” explained Rich Little, president of LEAD Technologies. “Much of this release comes directly from customers not shying away from making bold requests that many in the SDK industry would not consider. For example, customers asking us to deliver medical 3D volume rendering in a truly 100% zero-footprint solution or solving a major pain point for Xamarin developers with our new camera control. Our customers trust the expertise of LEAD’s developers, and we are excited to have hit the mark for the programmers using LEADTOOLS and their eventual end-users.”

Developers can use the Cosmos Software Development Kit (SDK) to build applications on the Cosmos Network. According to the Interchain Foundation, by enabling blockchain applications to transact with each other, the network facilititates the creation of an ecosystem where “blockchains can maintain sovereignty, process transactions quickly, communicate, and have fast finality.”

“With more and more of their data created, stored and accessed in the cloud, organizations need technology that can intelligently connect sources to services, applications and users,” said Streamlio co-founder Karthik Ramasamy. “Streamlio’s new service makes the unique cloud-native architecture, performance, and flexibility of Apache Pulsar accessible to any organization in just a few clicks and without operational burdens, helping organizations move away from the plodding batch-oriented world to the world of data-driven applications that operate at the speed of data.”

Godot 3.1 now available
After almost completely overhauling the Godot codebase in its 3.0 release, the Godot team has released Godot 3.1. Godot is a 2D and 3D open-source game engine. This version builds upon that rework, resulting in a more mature engine that removes some of the hurdles found in previous releases.