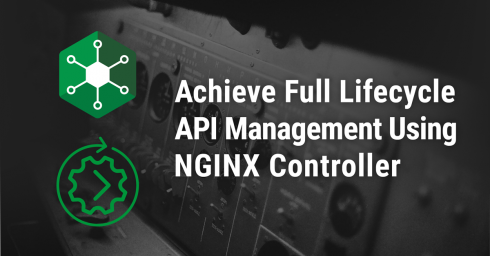 NGINX has announced that its API Management Module is now generally available. According to the company, the new module eliminates the need for local databases and is flexible and can be deployed on any environment.

For administrators, new features include more control over repository creation permissions and visibility to collaborator invitations.

K2 acquires K2NE
K2 has acquired one of its distributors, K2NE. According to K2, this acquisition will establish a direct presence in Europe and expand its customer footprint to 14 European countries. Customers will benefits from increased opportunities and offerings around their digital transformations, K2 explained.

“We are thrilled to welcome the K2NE team to the K2 family,” said Evan Ellis, K2 CEO. “As two organizations built around customer-first approaches to digital process automation, we can together leverage our common vision, expand our geographic footprint and increase capabilities to further empower customers.”

NanoVMs launches tool for running Linux applications as unikernels
Open-source virtual machine developers NanoVMs launched its tool for running any Linux application as a unikernel, called ‘Ops,’ today. The company says the tool is the first of its kind, providing commands for packaging apps into unikernels, NanoVMs says are faster, more secure, smaller and more dense than containers.

“We have numerous software issues that are reaching critical mass – security and cloud efficiency to name a few – and moving from outdated operating system-based applications to a unikernel system could have a radical impact,” Ian Eyberg, CEO of NanoVMs, said in the announcement. “Unikernels have been challenging to deploy in the past, but with our new Ops tool any developer can immediately begin implementation and reap the benefits.”

The company says that Ops is welcoming to developers with no experience with unikernels with its local build, single download, single command and premade packages for common software, avoiding the multiple installs and other barriers that have made unikernels less accessible in the past.

View all posts by Jenna Sargent and Ian C. Schafer