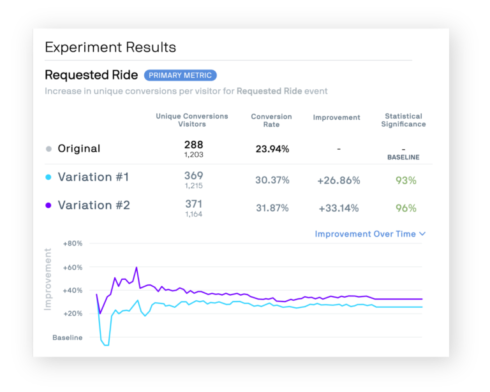 “Using feature configuration, product development teams can include variables in their code that can be parameterized and remotely configured from the Optimizely dashboard without redeploying code,” Optimizely wrote in a announcement.

The company also introduced the new Targeted rollouts feature that provides teams with more control during gradual rollouts  through more flexible rules and configurations by audience and development environment.

Couchbase gets $105 million equity investment
Couchbase announced that it received $105 million in Series G investment to fuel the next phase of growth and cloud innovation.

The company will complement feature development in its enterprise NoSQL server and mobile database platform with Couchbase Cloud, a fully managed Database-as-a-Service offering.

“Now, more than ever, enterprises are accelerating their migration to both NoSQL databases and cloud deployments to increase agility and flexibility while simultaneously reducing costs,” Couchbase wrote in a announcement.

Microsoft releases details for C# 9.0
Microsoft stated that the focus in C# 9.0 is on supporting terse and immutable representation of data shapes.

This includes Init-only properties, which offer a very flexible and readable format for creating an object and are great for nested object creation. It also includes Init accessors and readonly fields.

Additional details on all of the new features in C# 9.0 are available here.

.NET MAUI includes support for code-first development with  a Model-View-Update (MVU) architecture, in addition to the XAML and MVVM. NET MAUI will also simplify building cross-platform native apps by introducing a single-project structure and cross-platform resources.

The XD to Flutter plugin is now available as early access for broader public testing.

“The ability to export designs to Flutter further reduces the latency between creative ideas and product development, as an XD prototype can now become working Flutter code within minutes,” Flutter wrote in a blog post.