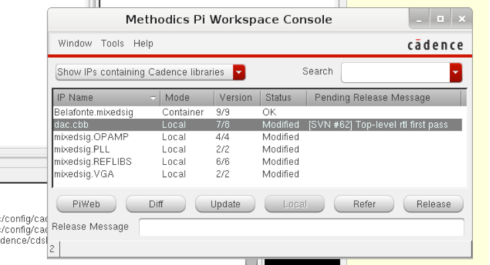 Perforce Software announced that it acquired Methodics, a provider of intellectual property life cycle management and traceability solutions for enterprises. Perforce explained the acquisition will help it expand its DevOps portfolio.

“The semiconductor and embedded software design markets continue to expand, especially as they serve growing AI, automotive, cloud, and IoT markets,” said Mark Ties, the CEO of Perforce. “Together with Methodics, Perforce will enable these markets to drive faster time to market, higher quality, greater operational efficiency, and increased security and compliance at scale.

“The goal is to expose you to the tools and resources that professional Android developers use. With hands-on practice, you learn the fundamentals of programming. By the end of the course, you will have completed a collection of Android apps to start building a portfolio,” Android wrote in a blog post.

Google announced that Android development is Kotlin-first, and 60% of professional Android developers have already adopted the language. In the Play Store, 70% of the top 1,000 apps use Kotlin.

TileDB raises $15 million for its universal data engine
The funding will help the company expand go-to-market and product development for its “universal data engine,” a novel database that goes beyond tables to manage any complex data and beyond SQL to analyze the data with any tool, all serverless and at planet scale, according to TileDB.

TileDB was created to solve two key pains: scalability for complex data and deployment.
“We cleared the path for analytics professionals and data scientists by taking over the messiest parts of data management, such as optimized storage for all data types on numerous backends, data versioning, metadata, access control within or outside organizational boundaries, and logging,” said Stavros Papadopoulos, the CEO and original creator of TileDB.

Apache libraries received many updates too with the release of Apache Annotator (Incubating) 0.1.0, Apache BVal 2.0.4, and Apache Daffodil (Incubating) 2.7.0.