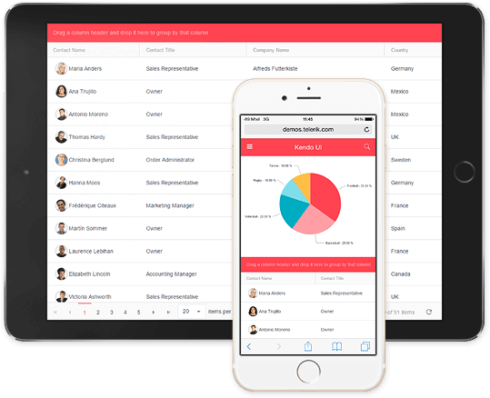 This week’s update of Progress’ Kendo UI includes 24 new UI components across all Kendo UI libraries as well as support for Angular 11 and React 17.

Kendo UI for Angular introduces components including DropDownTree, MultiColumnComboBox, TileLayout, FloatingActionButton and more while KendoReact includes many of the same features alongside added built-in keyboard navigation and UI enhancements.

Kendo UI for Vue and jQuery also come packed with new components to enable developers to quickly build high-performance responsive web applications, according to Progress in a post.

DevOps teams can now run multiple versions of managed Kubernetes across staging, production and development environments and can decide which upgrades and patches to perform and time them when convenient.

“Focused on offering ease-of-use features and increasing efficiencies, this product release continues to address deployment challenges faced by IT, DevOps, and SRE and IT teams while increasing our solution’s flexibility, performance, and end-to-end management,” said Madhura Maskasky, the Platform9 co-founder and vice president of product. “The result is tangible and significant savings and productivity gains for all our customers, be they free tier, growth, or enterprise, across a variety of use cases and verticals.”

Planview to acquire Clarizen Changepoint
Planview has entered into a definitive agreement to acquire the Project Portfolio Management (PPM) providers Clarizen and Changepoint.

The combination of company solutions will create a platform that enables organizations to better collaborate and benefit each of the platform’s customers with additional resources, according to Planview in a post.

The Clarizen and Changepoint teams will join Planview as distinct business units and the transaction is expected to close in the first quarter of 2021. The terms of the transaction were not disclosed.