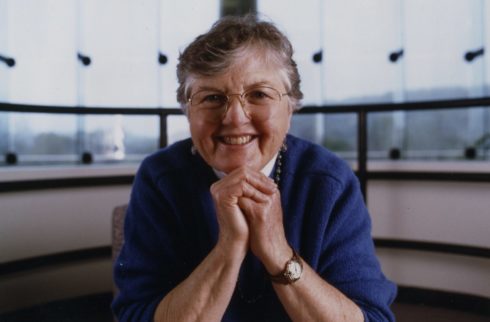 Frances “Fran” Allen, the first female IBM Fellow and the first woman to win the Turing Award, died on August 4, 2020, the day of her 88th birthday.

She was a pioneer in compiler organization and optimization algorithms and made seminal contributions to the world of computing. Her work on inter-procedural analysis and automatic parallelization continues to be on the leading edge of compiler research, according to IBM.

“As important as distinguishing her work in the world of computing and programming, Fran was also committed to her team by embracing their ideas and synergies and, in particular, supporting women. She spent many years as a mentor through IBM’s mentor program,” IBM wrote in a post.

Students can also use the Gallery to build their own coding portfolio to showcase their abilities to potential employers or for continuing education programs.

“With the launch of the Grasshopper Gallery, students can use skills learned from the core Grasshopper curriculum to build their own creations using code. As technical skills continue to become more important for employment, we will continue working to help adult beginners learn to code to pursue their career dreams,” Google wrote in a blog post.

Also, various aspects of ACL usage are faster and require less memory and memory allocations have been reduced in several other places within the broker.

The release adds support for Java 14. Over the past few releases, the community has switched to using Scala 2.13 by default and now recommends using Scala 2.13 for production, according to Apache.

By the end of the course, students should be able to implement and test a chaincode in Golang, manage chain code life cycle, create Node.js applications, and to control access to information based on user identity.

“Demand for skilled and certified Hyperledger Fabric experts, whether on the individual level or service provider level, is only growing as the technology and market matures. The new chaincode and data privacy enhancements in recent releases of Hyperledger Fabric make this a particularly well timed training course for those who want to keep pace with the latest developments in this market,” said Brian Behlendorf, the executive director of Hyperledger.