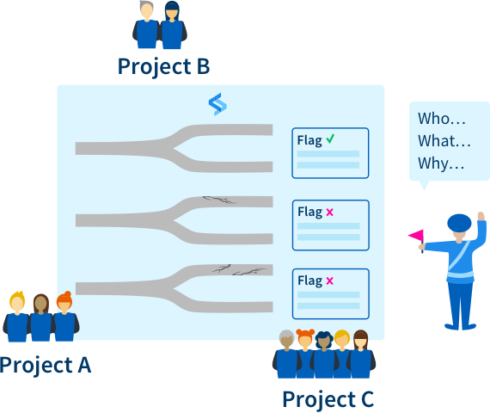 Split announced new capabilities that allow enterprises to stream feature flags to their apps in milliseconds and to export data records on demand.

As part of the new Feature Flag Data Streaming capability, Split has also included a Data Hub that gives enterprises a single place to view, query and export all of their feature flag and event data.

“Our new Streaming Architecture addresses that issue by ensuring feature flag changes are made in a virtually instantaneous way, so applications and users are not affected,” said Trevor Stuart, the co-founder and head of product at Split. “It’s an important addition to our enterprise-grade delivery platform that prioritizes data privacy, ensures fault tolerance, and always keeps features in sync.”

“Donation of these projects to LFAI will further the mission of creating responsible AI-powered technologies and enable the larger community to come forward and co-create these tools under the governance of Linux Foundation,” IBM wrote in a blog post.

The AI Fairness 360 (AIF360) Toolkit is an open source toolkit that can help detect and mitigate unwanted bias in machine learning models and datasets and the Adversarial Robustness 360 (ART) Toolbox is a Python library for machine learning security.

WhiteSource adds support for Microsoft Visual Studio
This integration gives Visual Studio developers visibility and security alerts on problematic open source components while continuing to develop within their own environment.

“The Visual Studio IDE integration is designed to make developers’ lives easier when working with open source components by enabling them to code faster and more securely,” said David Habusha, the VP of product management at WhiteSource. “It offers developers the information they need, when they need it, in their own environment in a seamless integration.”

Other supported IDEs include IntelliJ and Eclipse. Additional details are available here.

Couchbase Server DBaaS now available on AWS
Couchbase Server enables users to lower operational costs of traditional deployments without giving up control of data and security, according to the company.

It offers a control pane for multicloud management and cross data center replication (XDCR) to make it easier to manage and deploy multiple clusters across clouds in multiple regions.

Couchbase said the offering will have support for Microsoft Azure and GCP by the end of the year. Additional details are available here.

Apache weekly project roundup
Last week saw the release of Apache SkyWalking 8.0.1, and Apache announced that the Python agent for it is now in development.