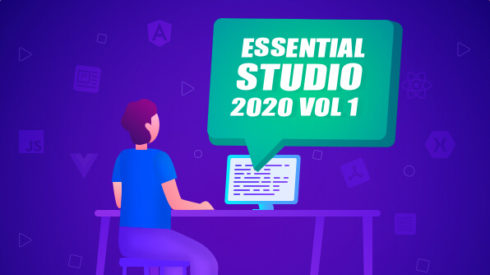 Syncfusion’s Essential Studio 2020 Volume 1 includes new Kanban, Progress Bar, and Card controls in preview for the Blazor suite and the move of 11 other controls to final release.

Visual Studio Code 1.44 released
Updates to the March 2020 release of Visual Studio Code include improved diff view navigation, clearer role designations for UI controls, and the ability to see time-series events like Git commit history from within VS Code, as well as other accessibility improvements.

Process workflows can also delegate tasks to Nintex RPA bots that mimic human keystrokes and mouse clicks to interact with apps, systems, services, and websites through their existing screens and interfaces, which results in less work being assigned back to the user and helps organizations leverage cloud workflow capabilities while protecting their on-premises investments, according to Nintex.

“Ascend brings an unprecedented capability to the Looker ecosystem with which BI teams and analysts can self-serve live data directly from data lakes and pipelines in their SQL statement,” said Shohei Narron, a technology partner manager at Looker, which joined with Google Cloud in February of 2020. “As a result, Looker visualizations, LookML models, and Looker-based APIs can harness data pipelines with no further ETL synchronization required.”