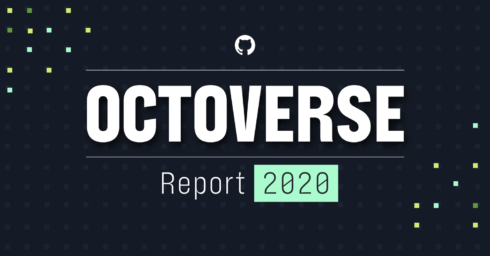 GitHub has announced its annual State of Octoverse report, looking at the company’s growth and usage over the last year. The report found that the number of people on GitHub overall continues to grow, but the proportion of those who identify as developers has decreased. According to the report, this could signal an expanding diversity of those joining the open source community. Open-source project creation jumped by up to 40% year over year.

The report also found the strongest communities were the ones that supported growth and participation by engaging newcomers and contributors while also helping provide sustainable work for maintainers. Repositories were used to outline community norms and set expectations, and Discussions helped foster conversations without burdening maintainers.

Also, the report stated that “thanks to automation and collaboration, developers have been able to communicate more effectively and increase efficiency, carving out more time to do the work that matters most.”

With LAMBDA, users can take any formula you’ve built in Excel and wrap it up in a LAMBDA function and give it a name (like “MYFUNCTION”). Then anywhere in their sheet, they can refer to MYFUNCTION, re-using that custom function throughout their sheet.

LAMBDA also includes recursion. If users create a LAMBDA called MYFUNCTION for example, they can call MYFUNCTION within the definition of MYFUNCTION.

“MLCommons has a clear mission – accelerate Machine Learning innovation to ‘raise all boats’ and increase positive impact on society,” said Peter Mattson, the president of MLCommons. “We are excited to build on MLPerf and extend its scope and already impressive impact, by bringing together our global partners across industry and academia to develop technologies that benefit everyone.”

The organization now has over 50 global technology and academic leaders in AI and machine learning on board.

Nim 1.4.2 released
This is a large patch release, bringing a lot of bug fixes and improvements that didn’t make it for the 1.4.0 release.

The Nim team recommends for all of its users upgrade and use version 1.4.2.