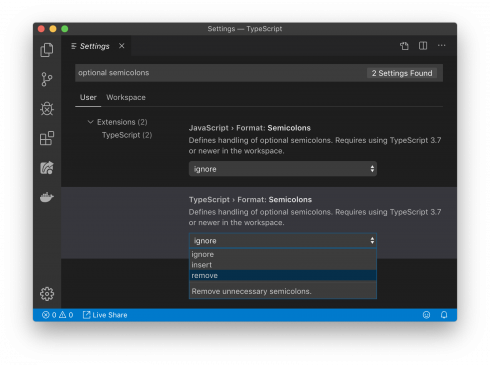 The new features include optional chaining, which allows users to write code where they can immediately stop running some expressions if they run into a ‘null’ or ‘undefined.’ It also introduces nullish coalescing, which can be thought of as the ‘??’ operator – a way to “fall back” to a default value when dealing with ‘null’ or ‘undefined,’ according to Microsoft.

The company said that the new .NET Core Windows Forms Designer will look and feel similar to the one for .NET Framework. Many controls are not yet supported in Preview 1 of the designer.

“Our goal is to give data teams improved access to data no matter where it lives in the organization. Creating a stronger, better performing integration with Tableau enables teams to now run analytics on the largest set of data which usually resides in the data lake,” said Michael Hoff, senior vice president of business development and partners at Databricks.

The Databricks connector in Tableau is now available for free through Tableau Desktop and Server.

The new integration is designed to help enterprises overcome software security situations that limit their ability to perform basic application security throughout their app portfolio.

“By enabling all .NET teams to infuse security directly into their development and production environments, without buying expensive tools, we have made it possible to achieve highly secure .NET applications and APIs quickly and easily,” said Jeff Williams, CTO and co-founder, Contrast Security.