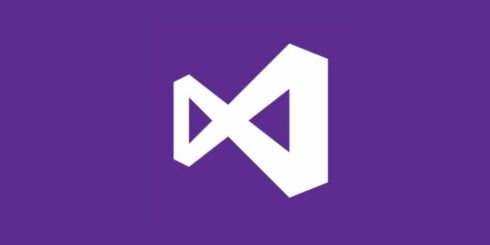 Developers can also now temporarily toggle the line numbers of a cell in the current sessions from the cell toolbar or change the visibility of line numbers for all notebooks through the ‘notebook.lineNumbers’ setting.

The team explained the release continues to improve its support for the upcoming TypeScript 4.3 release and Microsoft is also previewing Remote Repositories (RemoteHub), which enables developers to instantly browse, search, edit and commit to any GitHub repository directly from within VS Code.

Additional details on all of the new features available in Visual Studio 1.56 are available here.

Contrast Security announced the addition of the Contrast Go agent to its Contrast Application Security Platform, which is particularly useful for organizations that want to secure APIs.

“Contrast eliminates false-positive security alerts that plague legacy application security approaches. These inundate security teams with alerts that pose no risk and bog down development release cycles. For applications in Go, a better alternative did not exist until now. The Contrast Go agent detects only those vulnerabilities that matter while making it simple and fast for developers to remediate vulnerabilities on their own,” said Steve Wilson, the chief product officer at Contrast Security.

“Simulink models can be complex with multiple layers, and until now, many users did not have an easy way to effectively peer review and document their findings,” said Brian Downey, the senior vice president of product at SmartBear. “This is a natural progression for Collaborator, extending beyond traditional code and document review, to unify and support other engineering disciplines and artifacts in a single, enhanced peer review tool.”

Collaborator’s new Simulink model also ensures a defined peer review process in which all team members are included and the correct data can be captured in one place.

Sentry expanded its platform to include new features that help developers cut the time to solve critical code-level issues by making it easier to find and resolve issues.

“Our focus has always been on delivering solutions that help all developers get to the root cause of issues with unparalleled depth, so developers can solve, not just quickly, but also comprehensively,” said Milin Desai, CEO, Sentry. “These new features further advance that mission by expanding search, trace, and review capabilities for both error and performance monitoring to surface the most critical issues and trace them back to the problematic code.”

The new capabilities include a Review List, which offers Sentry users fast access to high-priority issues, expanded search and filtering capabilities, Quick Trace that serves as a mini map to easily navigate between errors across frontend and backend systems and more.