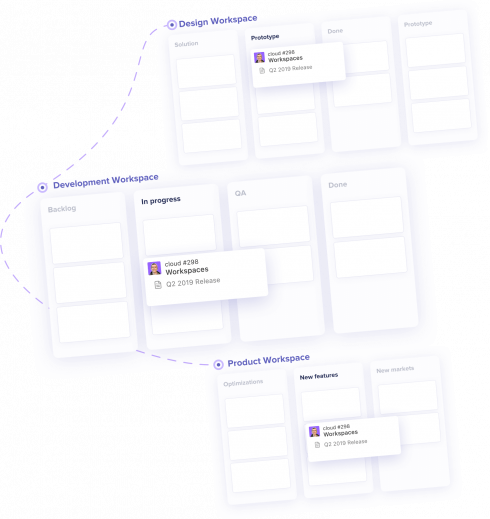 New board functionality built into the platform enables GitHub repositories to live in a number of Workspaces simultaneously, as teams define how they want to work with those repositories, he explained. “Each team can create its own workflow over the same set of information,” Upright added.

“We do persona-driven development, and we want to make ZenHub and GitHub the home for these personas,” Upright told SD Times. The new feature integrates ZenHub into the GitHub UI, creating a powerful project management platform for Agile software development, he explained.

“Developers are coding with one hand tied behind their backs, screaming for better automation to help test, build, integrate and deliver code. Automation is even more critical as developers try to navigate microservices,” said Dan Garfield, chief technology evangelist for Codefresh.

The report also found that about two out of three respondents find it takes more than two weeks for a commit to reach production with nearly a third only releasing quarterly.

Thirty-nine percent reported that less than 10 percent of their company’s processes are automated from Git commit to code running in production. Meanwhile almost a third were not using an CI/CD tools. The full report is available here.

Jama Connect expands to all industries and platforms
Jama Software has expanded its Connect Risk Management Center to self-hosted platforms. Previously it was only available on the cloud.

Jama Connect Risk Management Center is designed to address legacy systems struggling to keep up with changing regulations by providing industry-standard customizable templates, enhancing collaboration and offering a single system of record for risks and requirements, according to the company.

“There are nuances in how risk is handled from industry to industry, but risk management is a core principle of product development, just like requirements. When you bring risks directly into requirements management, they are much easier to control,” said Scott Roth, the CEO of Jama.