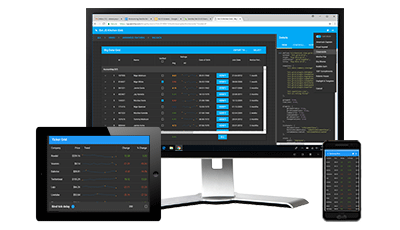 Sencha has announced the latest version of Ext JS, version 6.6, which adds major updates to the framework and its components, such as localization support, advanced routing capabilities, dynamic styling, and the addition of new modern components.

With Ext JS 6.6, components and themes are now available as npm packages, allowing for simple workflows that JavaScript developers are familiar with.

The new release also adds ExtGen and ExtBuild. ExtGen is a tool that allows users to generate new Ext JS apps from a number of app templates, while ExtBuild is a tool used for building and transpiling apps.

This release adds new modern components such Time Panel, which provides an easy way of selecting time from an analog clock, and Time Field, which provides a time input field that uses automatic time validation.

It also adds a new high-contrast Graphite theme, intended to make applications easier to use by visually impaired users. In addition, it adds a material theme that supports CSS variables and provides APIs to get and set colors.

Finally, it added advanced routing capabilities, such as the ability to track application states through the use of the browser history stack. According to Sencha, routing enables deep linking into parts of applications, which is useful for users who wish to bookmark your app or send links to others to gain direct access to that part of the app. Other new routing features include a route “exit” that runs when navigating away, support for named parameters with optional type specifiers in routes, and routes that disconnect after the first use.