Skills that matter for software developers looking to get hired 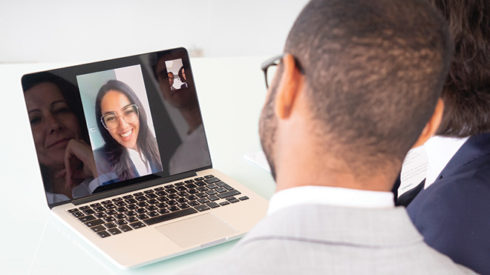 The world may seem like it is on pause as the COVID-19 pandemic continues, but technology is still advancing and the skills gap between talent and job requirements is widening.

“The pandemic has shined a harsh light on what was already a widening skills gap around the world – a gap that will need to be closed with even greater urgency to accelerate economic recovery,” Brad Smith, president of Microsoft, wrote in a post.

Closing the skills gap
That skills gap is not only a matter of not having enough people to fill these roles, but it’s also developers and employees not having the necessary skills to compete in a digital role.

As a result, there is more of an effort to upskill employees and provide new programs and services to build new talent.

Microsoft recently launched a global skills initiative with a mission to bring digital skills to 25 million people worldwide by 2022. The initiative will work to find in-demand jobs and the skills needed to fill them, provide free access to learning paths and content to help people develop skills, and low-cost certification and free job-seeking tools.

“At its heart, this is a comprehensive technology initiative that will build on data and digital technology. It starts with data on jobs and skills from the LinkedIn Economic Graph. It provides free access to content in LinkedIn Learning, Microsoft Learn, and the GitHub Learning Lab, and couples these with Microsoft Certifications and LinkedIn job-seeking tools,” Microsoft’s Smith wrote.

Amazon is taking a similar approach with the launch of the AWS Academy, which was designed to help higher education institutions prepare students for careers in the cloud with certifications and training.

In addition to taking advantage of programs, HackerRank’s CEO Vivek Ravisankar recommends internal employees that want to get into coding or the software development side of the business inquire about available learning paths within their organization.

HackerRank provides a skills directory that includes a list of the given skills needed for a given role. For instance, under .NET learning path, the directory provides all the key competencies a person would need to have a basic understanding of the framework, intermediate and advanced understanding. Other categories in the directory include Ansible, Angular, Apache Spark, AWS, problem solving, technical communication and more.

Full-stack developers are required to learn new skills the most often to keep up with new methodologies and technology changes. “The relative flexibility of their role—and the breadth of technologies they have to keep up on as a result—means learning on the job never stops,” the report stated.

When looking at the language skills hiring managers look for the most, the report found JavaScript, Python, Java, C# and C++ to be the most in demand. Go was the number one programming language developers want to learn followed by Python, Kotlin, TypeScript, R, Scala and Swift.

However, the software development landscape isn’t only about the roles organizations are looking to fill or the languages they want developers to work with. Organizations have to take into consideration what potential candidates will want to work with. In Stack Overflow’s 2020 Developer Survey, the company found when developers are looking for a job, the most important factor is the code, not necessarily the money, hours or even coworkers. Developers evaluate the technology stack they will potentially be using with 54% of respondents citing the programming languages, frameworks and other technologies as their biggest criteria when choosing an employer.

Stack Overflow explained that when choosing a technology stack to attract talent, do not default to the most commonly used technologies. While this may feel safe, it doesn’t allow developers to innovate or grow, according to the company. For instance, having an unconventional stack can help attract high-quality engineering candidates. Stack Overflow suggested focusing on adopting languages developers are passionate about or love the most. According to its survey, the most loved languages include: Rust, TypeScript, Python, Kotlin and Go. The most wanted languages were Python, JavaScript, Go, TypeScript and Rust; and the most dreaded languages included VBA, Objective-C, Perl, Assembly and C.

Once a technology stack is in place, organizations should continue to build upon the stack and update it based on learning and development needs.

Don’t be quick to judge developers
With more people working from home or open to a remote position, HackerRank’s Ravisankar believes this is an opportunity for people to utilize online resources and make the switch to  a digital role.

However he worries that online resources such as coding boot camps have a bad stigma because it looks like someone can just take a crash course and then become a developer, but Ravisankar still thinks it’s something worth looking into.

The HackerRank developer skills report found Gen Z is more likely to utilize bootcamps than any other previous generation, and less likely to learn coding skills from books and on-the-job training.

The company also found 1 in 3 hiring managers have hired a bootcamp grad and have found they are well suited for work, with 72% of managers finding they were equal to or better than other hires because of their ability to learn new technologies and languages quickly, and eagerness to take on new responsibilities.

According to Hired’s 2020 State of Software Engineers: (respondents could select more than 1 option).

The candidate matters
Going beyond traditional developers and education, hiring managers need to remember that the interview process matters. Unfortunately, there isn’t as much effort put into the candidate’s experience as there should be, according to HackerRank’s Ravisankar. “You have to remember the first touch point of an employee is actually as a candidate. You need to make sure that you can invest your time and effort, including making sure your candidate experience is out of the world,” he said.

“You can have a nice time together during a first date, but then after you’re like, ‘Hmm, no.’ And it’s tough to put your finger on what it is that wasn’t right. Of course, you work with the benefit of the doubt, but in the end, it is whether or not you get excited by the candidate and the candidate gets excited by you, as a person but also for the company, of course. So there’s a huge dating element, in my opinion,” he said

However, Eric Riz, founder and CEO of VERIFIED, a data analytics company focused on verifying resumes and social profiles, warns about getting too caught up with the candidate experience. “The first thing an organization should do is spend more time reviewing content and looking at a resume before bringing someone in,” he said. “Make sure that you are 1,000% happy and satisfied with the information. Make sure that you’ve done your due diligence and you’ve done your homework before you bring somebody in because you don’t want to fall in love with their story history or experience if it isn’t true.”

Then on the flip side, candidates should really do their own research on the company, understand what it does and how they will fit in before wasting anybody’s time.