The Great Resignation is the Great Recruitment tool 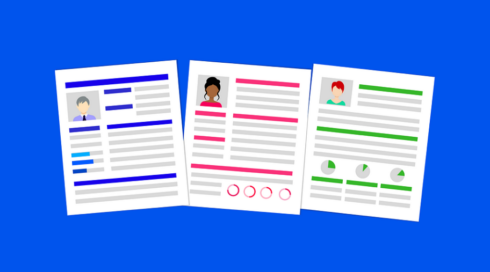 A lot of attention has been given over the past year over the phenomenon of the Great Resignation: workers have been leaving their jobs at surprisingly high rates.

According to data from the Pew Research Center, in November 2021, the rate of workers quitting their jobs rose to a 20-year high in the United States. They studied the reasons for workers leaving their jobs and found that the top reasons for people quitting included low pay, lack of ways to advance within the company, and feeling disrespected at work.

Rather than calling this period in time the Great Resignation, Bharat Badrinath, head of marketing at hybrid cloud consultancy company Taos, an IBM company, believes it’s a great time for companies to grow, and to flip it around to be the Great Recruitment.

According to Badrinath, flipping the script isn’t as simple as just hiring new people to replace old ones. “To grow your talent pool, the first thing you need to do is retain the people you have, and then you can add on to it,” he said.

Companies first need to look into what is causing people to leave and fix those issues. According to Badrinath, some simple places to start include making sure people are working on interesting projects that are giving them job satisfaction, which might mean introducing more automation to take care of the things that are standing in the way of that goal.

Badrinath recommends taking a look at best practices so that you can learn from people who have done this before, who have already gone through the successes and failures themselves and know what works.

Another way is to look outside your company at a subscription service or managed service to take care of those areas that you don’t want your core developers to have to focus on.

“So what we come in and do is take some of the work where they have had little or no success and try to help guide them … and accelerate their growth along that direction,” he said.

Another way in which a managed service can be useful is that in competitive talent markets, it can be hard to hire the right people in the right time frame. With a managed service, some of those experience gaps can be filled in quite quickly and cost effectively.

“We’re not actually placing a set of consultants at a customer site, what we end up doing is we have a pod of experts that the customer can dip into, on a need basis,” he said.

This is something that can be flexible based on the needs of your company too; some companies may need more assistance than others will.

“And I think that is something which the cloud has helped us understand in terms of what customers can do, where you don’t have to immediately hire full time people for every role, you can always get started with somebody running things for you. And then depending upon your comfort level, your core competency and your company’s needs. And the rate of change and scale, you can decide to either bring it in-house or not. Think about ad agencies, right? Not all companies have in-house ad agencies. Most companies look to external vendors to do the design development media buys and all this stuff for them. And that’s a similar model where it is a subscription service, you pay them a retainer, and then based on what they do, you end up going up in terms of the services that are provided,” said Badrinath.