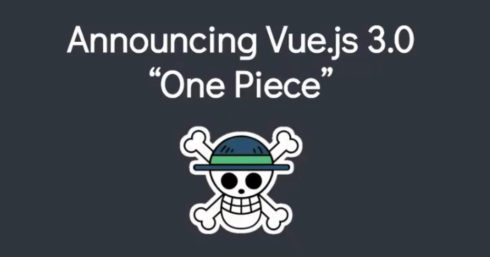 According to Vue creator Evan You, this release “represents over 2 years of development efforts, featuring 30+ RFCs, 2,600+ commits, 628 pull requests from 99 contributors, plus tremendous amount of development and documentation work outside of the core repo.”

In addition to those new features, there are two new experimental features for Single-File Components (SFC). These include <script setup> and <style vars>. These features are available in Vue 3.0, but only for the purpose of gathering feedback.

In the coming months, the Vue team will focus on the migration build, IE11 support, router and Vuez integration in new devtools, and improvements to template type inference in Vetus.

“Today, with over 1.3 million users worldwide, we are seeing Vue being used in a wildly diverse range of scenarios, from sprinkling interactivity on traditional server-rendered pages, to full-blown single page applications with hundreds of components. Vue 3 takes this flexibility even further,” the Vue team wrote in its release notes.